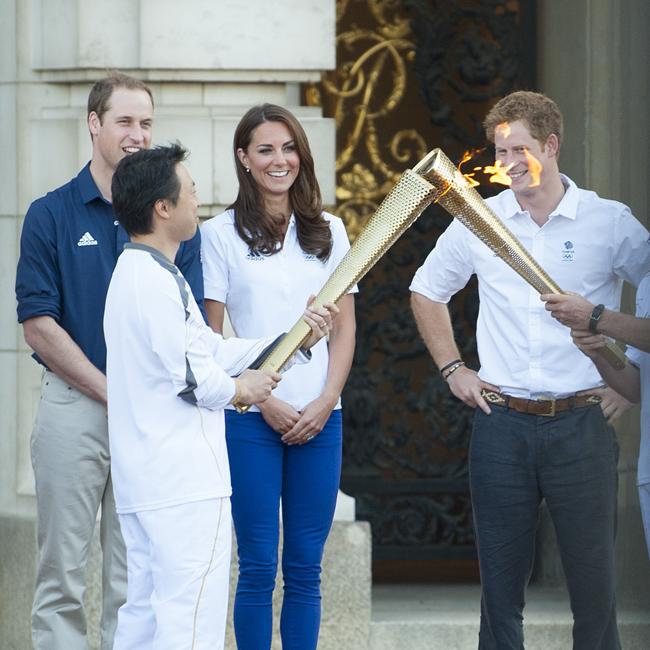 Prince Harry, Prince William and Duchess Catherine have written a letter to Team GB congratulating them on their success at the 2016 Rio Olympics.
The trio – who were ambassadors for the 2012 London Olympics – have praised all of the athletes involved in making Great Britain come second place in the games and said they are an “inspiration” to everyone.
The letter shared on Kensington Palace’s Twitter account, reads: “Congratulations Team GB on your record-breaking success at Rio 2016.
“We have really enjoyed following your achievements across such a wide variety of sports during the last two weeks.
“London 2012 was a hard act to follow, but you have made the entire country proud of everything you have accomplished.
“You should arrive home knowing that you have delighted millions of people across the Home Nations, many of whom have stayed up late, night after night, to share in your celebrations.
“We all know that this success does not come easy and is the culmination of years of hard work, passionate commitment, sheer grit and determination.
“You are an inspiration to us all, young and old. (sic)”
Queen Elizabeth also wrote a letter praising those involved in the “remarkable achievement”.
The 90-year-old royal wrote: “I offer my warmest congratulations to the athletes of Great Britain and Northern Ireland, and the Commonwealth, for their success at this year’s Olympic Games in Rio de Janeiro.
“The outstanding performance of Team GB reflects the talent and hard work of the athletes and their support teams.
“I send my best wishes to all those who contributed to this remarkable achievement. (sic)”
Elizabeth is expected to honour the Olympics team when they return home from Rio, Brazil.
The stars of the 2016 Olympic games including runner Mo Farah CBE, cyclist Laura Trott and gymnast Max Whitlock are also being tipped to be recognised in the New Year’s Honours list.