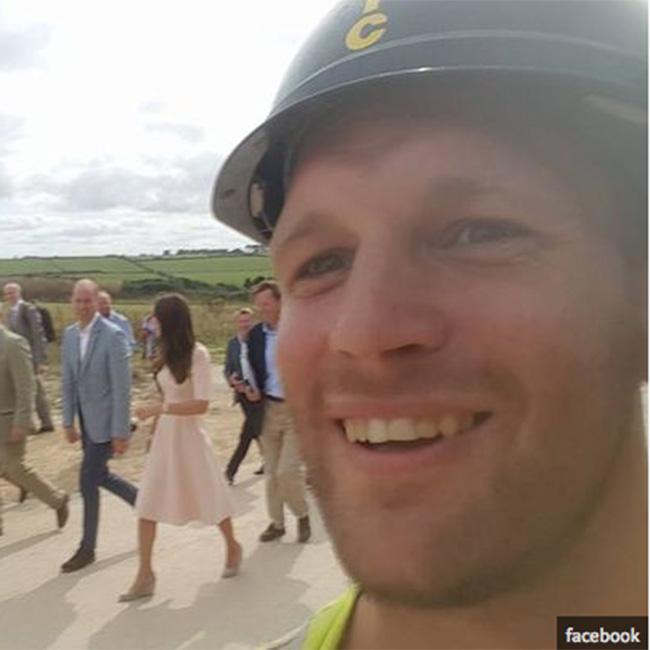 A builder has managed to take a cheeky selfie with Prince William and Duchess Catherine.
The royal couple were walking through a building site in Newquay in Cornwall on Thursday (01.09.16) when hardhat-wearing construction worker Sam Wayne placed his camera in the perfect position to grab a picture with Duke and Duchess of Cambridge.
However, it’s not the first time Sam – from Redruth in Cornwall – has grabbed a selfie with a member of the royal family.
In 2014, when Prince Charles was visiting the area, Sam had the nerve to go up to the 67-year-old royal and took a photo with him.
At the time, Sam said: “I felt quite comfortable talking to him, you know. You’ve got to be brave. I think it will be a profile picture or something.”
According to the Daily Mirror newspaper, 34-year-old Catherine was wolf-whistled on site, while William was asked for a kiss, but he leant in for a hug and a photo instead.
Later on in the day, William, also 34, and Catherine stopped off at Healey’s Cornish Cider Farm and got the chance to pull a pint.
It was kept under wraps which mysterious tourist attraction the pair would visit but it turned out to be the cider farm, which was marking its 30th anniversary, that the couple chose to see.
William and Catherine – who have three-year-old Prince George and 15-month-old Princess Charlotte – began their Cornish adventure by visiting Truro Cathedral, where they signed a slate for roof repairs for the ancient landmark.
They then travelled to Towan Beach in Newquay to visit the Wave Project where they met with young people who benefit from the service, which gets youngsters doing surfing to help with anxiety.
On Friday (02.09.16) they begin their second day in the area and are expected to visit the Scilly Isles.