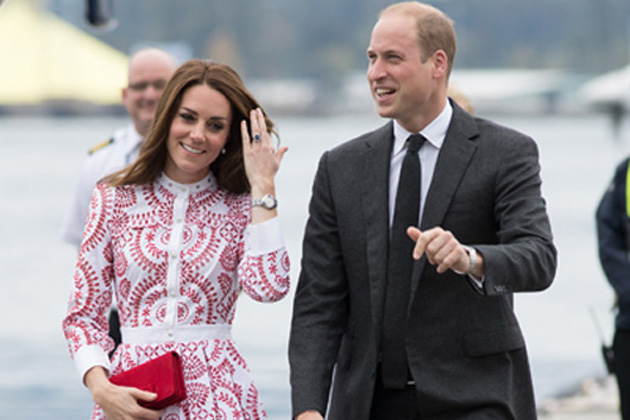 Kate Middleton wowed royal watchers on the second day of their official visit in an embroidered Alexander McQueen with a high-neck collar and a knee-length skirt. She paired the outfit with bright red suede heels and a matching clutch bag, completely her Canadian-esque look.

Prince William and Kate had left little George and Charlotte behind in Victoria and arrived in Vancouver by sea plane yesterday (September 25). The royal couple toured Sheway, which provides health and social support for pregnant women and mothers with infants who are dealing with addiction. Afterward, they visited the Immigrant Services Society of British Columbia and met with Syrian families who were relocated through the UN Refugee Agency Canada (UNHCR).

Check back for more on the royals visit to Canada.