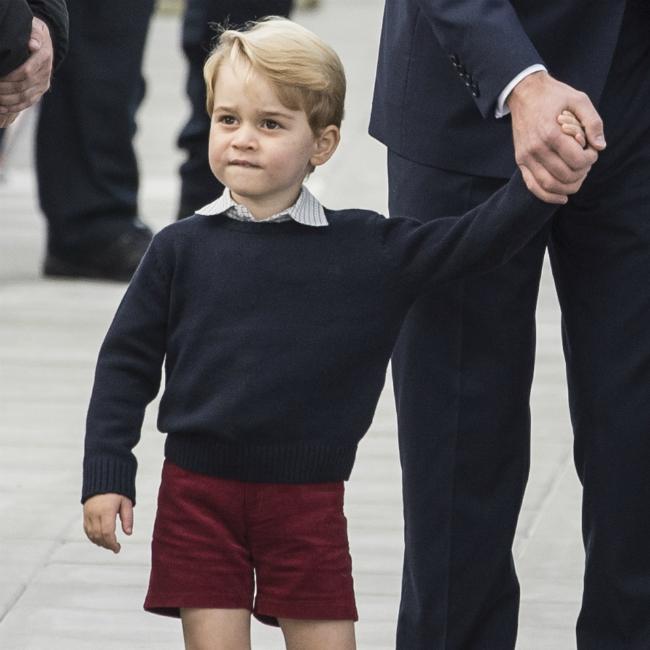 Prince George wears shorts because trousers on young boys are considered “suburban”.
The three-year-old son of Prince William and Duchess Catherine is often pictured with his knees exposed and etiquette expert William Hanson has explained it is the traditional way the royals, upper classes and aristocracy choose to dress their children as it would look “quite middle class” to put them in trousers.
He said: “It’s a very English thing to dress a young boy in shorts.
“Trousers are for older boys and men, whereas shorts on young boys is one of those silent class markers that we have in England. Although times are (slowly) changing, a pair of trousers on a young boy is considered quite middle class – quite suburban. And no self-respecting aristo or royal would want to be considered suburban. Even the Duchess of Cambridge…
“The modern habit of upper class families choosing to dress their boys in shorts will deliberately hark back to a bygone age. The British upper set are always keen to hold on to tradition, and this one also silently marks them out from ‘the rest’.”
And it seems George has a few years of freezing his knees ahead of him as if William and Catherine stick to tradition, he won’t be wearing trousers until 2021.
William added to Harper’s Bazaar online: “The usual custom is that a boy graduates to trousers around eight years old.
“This is, historically, perhaps due to the practice of ‘breeching’, which dates back to the sixteenth century. A newborn boy would be dressed in a gown for their first year or two (these gowns have survived as the modern Christening robe) and then he was ‘breeched’ and wore articles of clothing that more resembled shorts or trousers than dresses.”