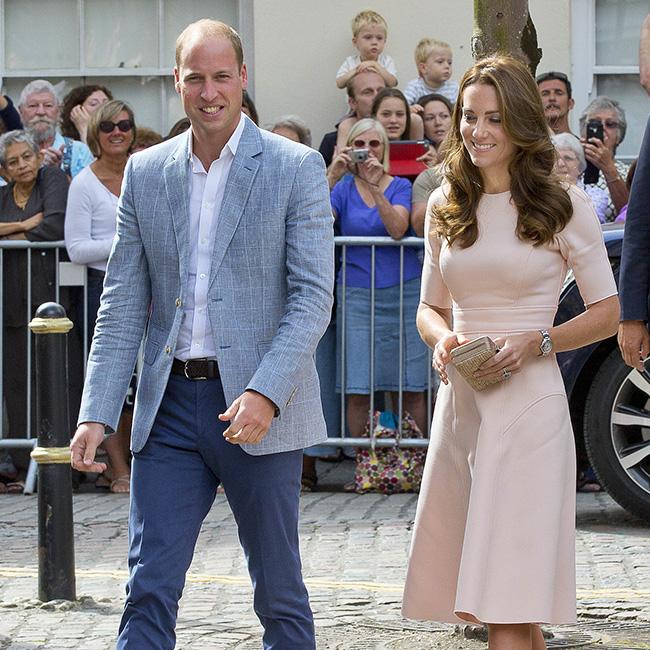 Prince William and Duchess Catherine are to carry out royal engagements in Manchester today (14.10.16).
The royal couple will visit the Francis House Children’s Hospice in the north west of England, which Princess Diana – William’s late mother – opened in 1991.
There they will officially open a brand new extension to mark the 25th anniversary of the facility.
However, first of all, William and Catherine, both 34, will make a trip to the National Football Museum at about 11.20am.
Following that they will appear at Manchester town hall at around 12.45pm where they go to the Cenotaph to mark the city’s six Victoria Cross recipients after World War I.
They are also expected to visit the National Graphene Institute at the University of Manchester, where they will seal a time capsule.
It comes after William and Catherine’s trip to Canada, which saw them take their children, Prince George, three, and Princess Charlotte, 17 months, with them.
The Duke of Cambridge previously said he felt “lucky” to be able to take them to the country.
He said: “Catherine and I are incredibly grateful to the people of Canada for the warmth and hospitality they have extended to our family over the last week.
“We have loved our time in British Columbia and Yukon and will never forget the beautiful places we have seen and the many people who have been kind enough to come to welcome us in person.
“We feel very lucky to have been able to introduce George and Charlotte to Canada. This country will play a big part in the lives of our children and we have created such happy memories for our family during this visit.”