Duchess Catherine to not be Pippa’s bridesmaid? 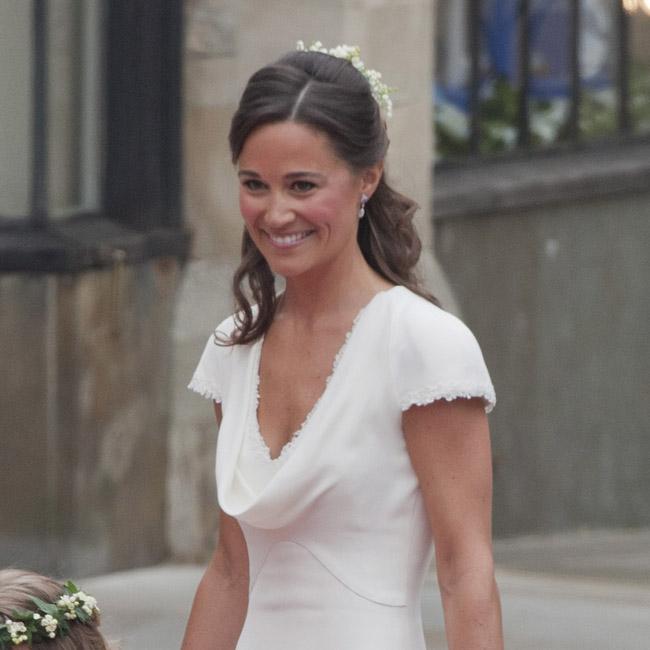 Duchess Catherine might not be in sister Pippa’s wedding party – because she doesn’t want to upstage the bride.
Pippa Middleton is set to wed fiance James Matthews next May and her famous sibling was expected to be maid of honour.
However, a royal expert thinks Catherine – also known as Kate Middleton – may take a back seat in proceedings to make sure all eyes are on Pippa.
Veteran royals author Judy Wade told People magazine: “Kate would upstage her sister. It’s a tricky situation for Pippa. She would want her sister by her side, as who else would she trust to make things go well?
“But if your sister is a future Queen, she is going to upstage the bride and draw attention. Kate would want to be in the background as much as possible.”
Pippa was famously a bridesmaid for the duchess when she married Prince William in 2011 and almost stole the show with her fitted white dress.
But if Catherine isn’t in Pippa’s bridal party, she may be given another task to do, such as a reading, which the girls’ brother James performed at the royal wedding.
It is also expected that the duchess’ two children, Prince, George, three, and 18-month-old Princess Charlotte, will be page boy and flower girl respectively.
Earlier this week, it was revealed Pippa, 33, will tie the knot in front of 150 guests at her local church before a reception in her parents’ garden in nearby, Bucklebury, Berkshire.