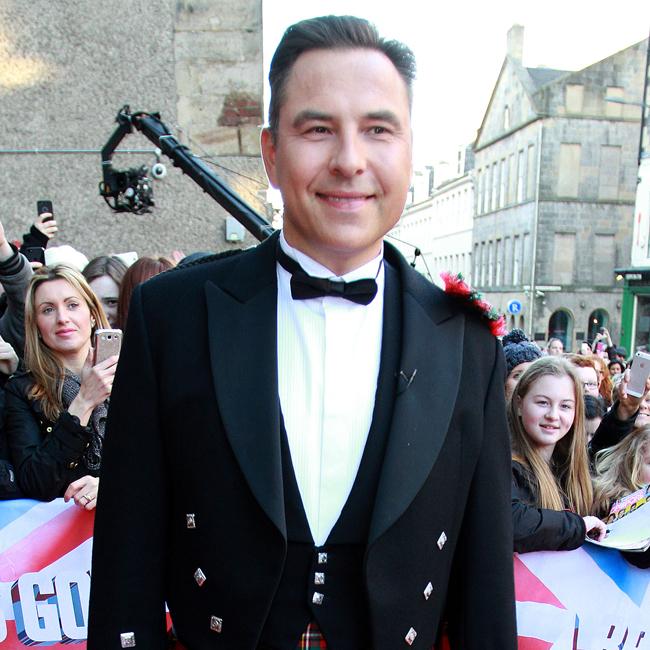 David Walliams will take to the stage in front of the Prince of Wales at this year’s Royal Variety Performance to host the show.
The 45-year-old comedian has been confirmed to present the annual show for a second time, which will take place at the Eventim Apollo in Hammersmith on December 6, and will also be broadcast on ITV, and the presenter has admitted he is “honoured” to front the show.
Speaking to BBC Online about the upcoming gig and gracing the stage in front of the royal family, he said: “[I am] very honoured and excited.”
“I was lucky enough to host back in 2012 so will be looking forward to another fabulous evening with huge talent.”
This year’s Royal Variety Performance, which is in aid of the Royal Variety Charity who provide people in the entertainment industry with the care and assistance they need, will see music legend Sting and fellow musicians including Robbie and Emeli Sande take to the stage, as well as ‘Funny Girl’ actress Sheridan Smith and Bee Gee’s band member Barry Gibb.
Gary Barlow is set to sing at the event, whilst a short show of Gary’s musical ‘The Girls’ will also be previewed at the ceremony.
Prince Charles and his wife Camilla, the Duchess of Cornwall – who married Charles in 2005 – will watch contemporary artists One Republic and DNCE, which is fronted by former Jonas Brother band member Joe Jonas.
This year’s ‘Britain’s Got Talent’ winner Lance Corporal Richard Jones will enchant the audience with his magic tricks, whilst the shows former champion Diversity will wow with their showstopping dance routines.
McFly singer Tom Fletcher will grace the stage not to sing, but instead to read a snippet from his book ‘The Christmasaurus’, which he launched earlier this year.