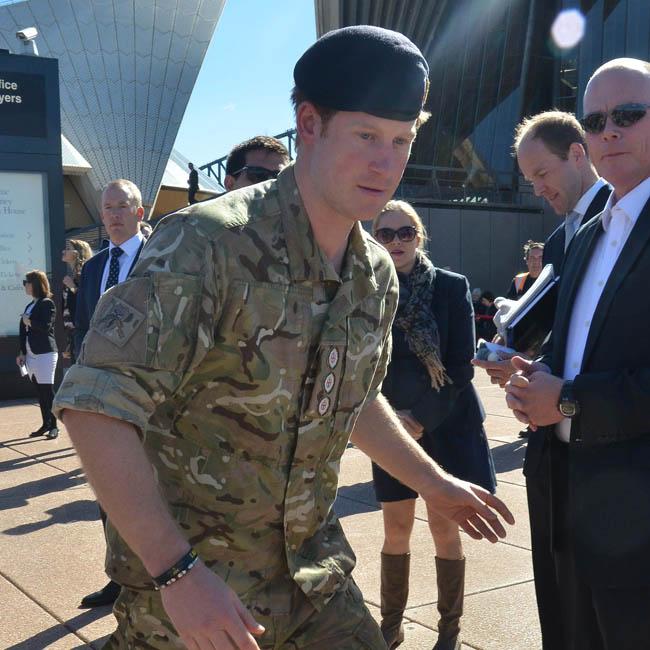 Prince Harry has been reminded of his Army days while living on a Royal Fleet Auxiliary boat.
The 32-year-old royal is staying on the vessel during his two-week stay in the Caribbean and has been getting stuck into life on board by eating with the crew members and not getting the VIP treatment despite staying in the captain’s cabin.
According to The Daily Telegraph, a source said: “He is really liking life on board, he took to it immediately and he is enjoying getting to know the crew and talking to everyone he meets. It is a reminder of his days as a serving officer in the Armed Forces.
“He is eating his meals with the team and the officers on the ship, in the mess with the other sailors.
“It is very traditional fare, a standard English breakfast and good, no frills food for other meals when he is on board.
“The Prince does not get any special treatment and nor would he ever want any from the crew.
He has, though, been given the captain’s cabin, in line with standard protocol when the ship hosts a member of the Royal family or a senior naval figure, and he is incredibly grateful for that.”
However, the only downside to living out in the Caribbean sea is that he has had no phone signal and is unlikely to have been able to keep in contact with his girlfriend of six months, Meghan Markle.