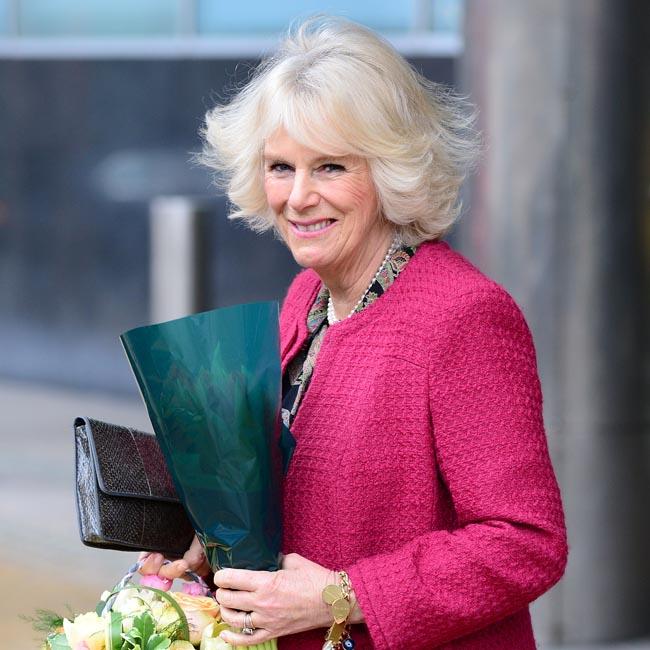 Duchess Camilla presented a Meritorious Service Medal to a solider in Aldershot, Hampshire on Thursday (24.11.16).
The 69-year-old royal – who is married to Prince Charles – was a VIP guest at the Normandy Barracks and as well as handing out the decoration – which is a silver coin for distinguished service, or for gallantry – to Warrant Officer Richard Brown, the Duchess of Cornwall laid a posy of flowers on the 4 Rifles Memorial Wall, which contains the names of those killed on the frontline in Iraq and Afghanistan.
Camilla was also tasked with presenting five medals for long service to servicemen and spread Christmas cheer in her speech to the soldiers and their families.
Speaking at the event, she said: “What a pleasure it has been to come to these new barracks, everyone seems to be very settled here.
“The partners of those serving abroad are doing a job of supporting each other.”
Earlier in the day, Camilla reopened a children’s cancer ward an hour up the road in Southampton.
The 69-year-old royal – who is married to Prince Charles – visited the Piam Brown unit at Southampton University Hospital, which has undergone a £1.7 million renovation.
Speaking at the opening event, she said: “I think this ward will make a huge difference and I am very proud to be here today.”