Diversity, Passion & Tributes to Diana at a Royal Wedding For The Ages 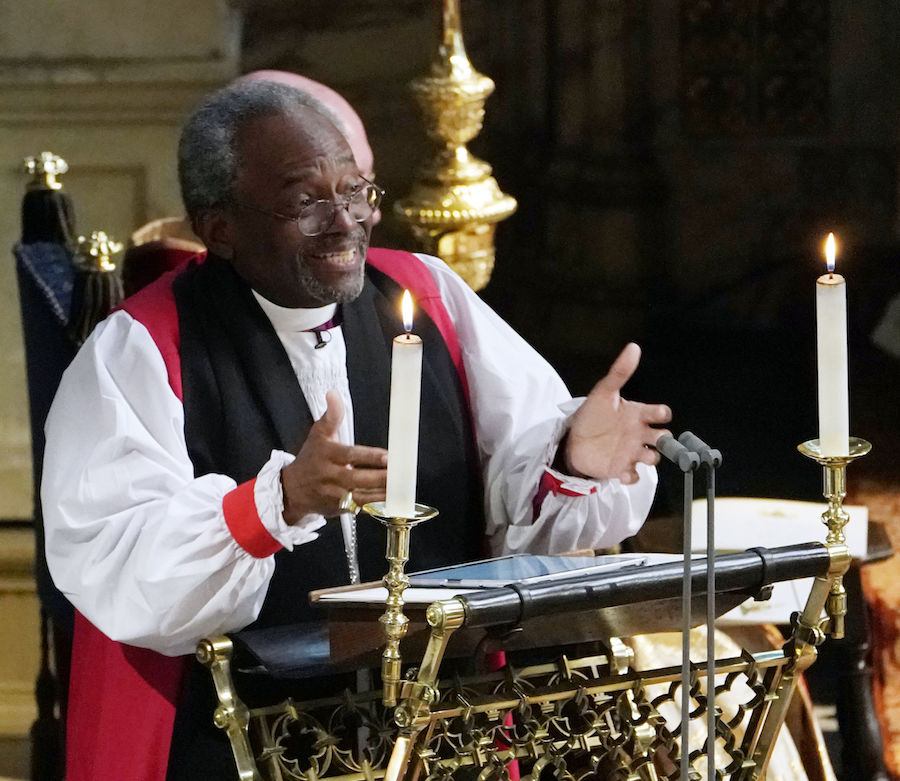 The Most Rev. Bishop Michael Curry, primate of the Episcopal Church, gives an address during the wedding of Prince Harry and Meghan Markle in St George's Chapel. Photo: Owen Humphreys/WPA Pool/Getty Images.

“Stand By Me”, the Ben E. King classic sung by a gospel choir, was as much an emotional high point of The Duke and Duchess of Sussex’s wedding — speaking to the nature of their union — as a marker of the African- American cultural infusions that made this a Royal Wedding like no other.

Of course, the former Ms. Markle is proudly bi-racial — the only member of her family in attendance was her African-American mother, Doria Ragland — and she made a point of having gospel singing along with the traditional classical and Anglican hymns. She and her groom, Prince Harry, left St. George’s Chapel to the sounds of the choir singing the Etta James’ version of the civil rights song “Amen/ This Little Light Of Mine,” played traditionally when African-American brides leave their ceremony.

African-American Episcopalian Bishop Michael Bruce Curry made an impassioned speech invoking Martin Luther King with the theme of the power in love. His style (and lengthy take) seemed to discomfit some of the guests — especially when he began to speak of poverty and a riff on a metaphor about fire. But the bride and groom — as did the Archbishop of Canterbury who suggested they include him — surely knew what they were getting and looked delighted at his message throughout.

The Duchess of Sussex is also a proud feminist. Self-made, she walked her self down the aisle — thank you very much! — with Prince Charles symbolically accompanying her along the final steps towards Harry, but not giving her away in the traditional sense.

But what Meghan and Harry did give away was a mutual understanding of their respective journeys. The ceremony also nodded to Diana, Princess of Wales, with a reading by her sister Lady Jane Fellowes who represented the Spencer clan on the steps of the chapel with the immediate family after the ceremony and by a singing of “Guide Me, O Thy Great Redeemer “ a hymn also sung at Diana’s funeral.

We know the story of Diana’s marriage. It was no fairy tale. But neither is Harry and Meghan’s union — it’s better then that. It’s a modern, equal, palpable, transcendent love that, God willing, will continue to conquer all.