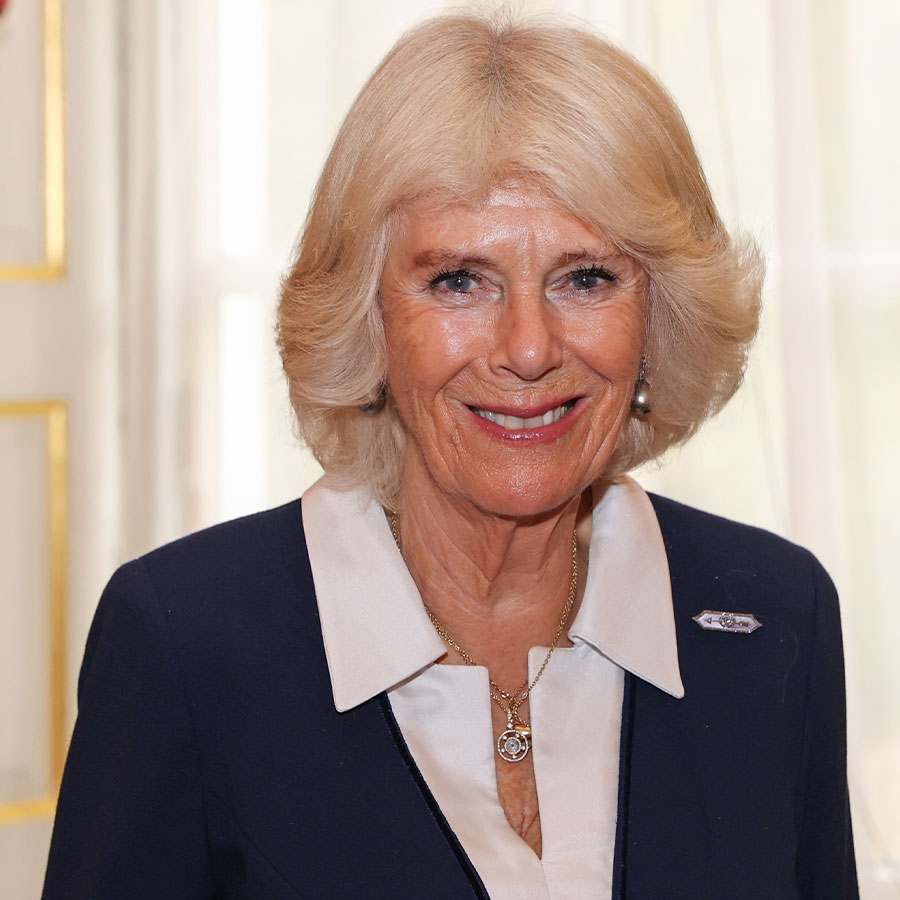 The Duchess of Cornwall, pictured here at a reception for winners of The Queen's Commonwealth Essay competition on Oct. 28, 2021 in London, has called on men and women to unite to end sexual violence. Photo: Chris Jackson / Pool / Getty Images

The Duchess of Cornwall has called on all men to tackle a “deeply disturbing” culture of sexual harassment.

The 74-year-old royal — who is married to Prince Charles — delivered a passionate speech in her bid to lift the shame and stigma surrounding violence against women, slamming ideas that harassment was “part and parcel of being female” and “just one of those things”, and she called for victims such as Sarah Everard — who was raped, kidnapped, and murdered by police officer Wayne Couzens in London earlier this year — to be remembered.

Speaking at the Wellcome Collection in London to launch the Shameless! Festival — a collaboration between the Women of the World festival, of which she is patron, and the Birkbeck, University of London SHaME (Sexual Harms and Medical Encounters) research project — she asked on Wednesday: “How many more women must be harassed, raped or murdered before we truly unite to forge a violence-free world?”

Camilla insisted almost all females know the “deeply disturbing experience” of being sexually harassed and insisted we “need to get the men in our lives involved in this movement” to end violence against women.

She said: “We do not, in any way, hold all men responsible for sexual violence. But we do need them all on board to tackle it.

“After all, rapists are not born, they are constructed.

“And it takes an entire community — male and female — to dismantle the lies, words and actions that foster a culture in which sexual assault is seen as normal, and in which it shames the victim.

“So let us all leave here and try to get the men in our lives to participate in building a ‘shameless’ society.”

As she reflected on how the U.K. had been “appalled and saddened” by the loss of women to violent crimes this year, Camilla read part of the victim impact statement from Sarah’s mother and paid tribute to “all these precious lives that have been brutally ended”.

She said: “Sarah Everard, Sabina Nessa, Wenjing Lin, Geetika Goyal and Bennylyn Burke are names which, with all the others, must never be forgotten.

“Each one of these women endured unimaginable torment — and their loved ones who are left behind continue to suffer in the wake of their deaths.”

Camilla noted victims often feel “shame”, highlighting a survey published on the day of Couzens’ arrest found 86 per cent of young women in the U.K. have been sexually harassed in public, and 96 per cent did not report it.

She added: “It is, as almost all women know, a deeply disturbing experience to be sexually harassed…

“The victim feels invaded and dirty; weakened by having been put in a position of helplessness by someone stronger — possibly by someone whom she previously trusted.

“Often, this sense of shame causes the victim to blame herself, mistakenly take responsibility for the crime, and want to hide away from others. And yet she has done nothing wrong.”

She called on people to “support survivors to be ‘shameless’ and not to take on misplaced feelings of stigma”.