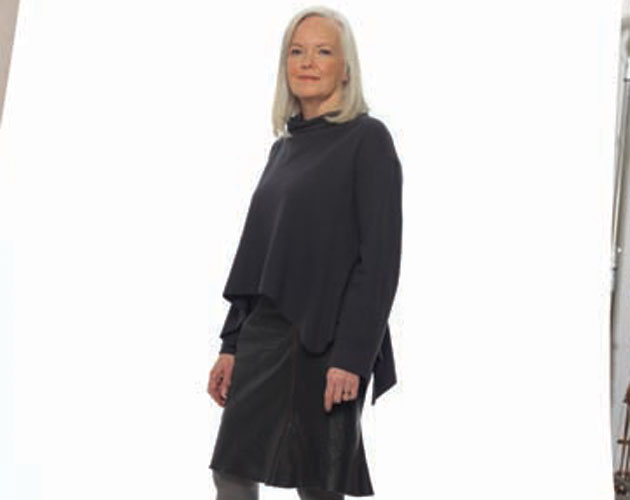 Big changes in Jaki Scarcello’s life set her off on an unexpected quest. Her parents, both in their 90s, had died within months of each other; she’d gone through menopause, remarried and moved from Toronto to California. Scarcello also shifted from working as a leadership consultant, facilitator and coach for Fortune 500 companies to a smaller private practice. “What would I like to do with this stage of my life?” she found herself asking.

Some of her clients – female senior executives – had complained about feeling invisible in the workplace and in society. “I was appalled because these women have a lifetime of knowledge accumulation and wisdom and a sense of self and confidence that I think is far superior to when they were in their 30s,” she says. “Why would they feel invisible?”

That question led her to a larger one: “What is a woman’s role in society after the biological imperative to reproduce has passed?” The wording still amuses her but, at the time, Scarcello found herself wondering how she could find an answer.

“I started to interview older women and very quickly saw that some women embraced aging and some did not,” she says. Sparklers – Scarcello’s word for women who feel comfortable with their age – had always fascinated her and, as it turns out, they weren’t hard to find.

She interviewed sparklers who ranged in age from 45 to 102, in Canada, the U.S., the U.K., Russia and India, and whose economic circumstances varied from extreme wealth to women in their 70s who had to work to support themselves. They had not necessarily led charmed lives, and some had lost children or spouses or faced illnesses such as cancer.

“I noticed in my research that life between 50 and 102 was like a natural spiritual journey for women,” Scarcello says. “People become deep and reflective, and judgment is lessened. Trust and security change. The sense of self changes. The body weakens, but the inner sense of what you are gets stronger. It’s really stunningly beautiful.”

Some of the women asked for another interview in five years because the process had helped them recognize how they had changed. “I could feel their sense of self and confidence build,” she says. “I know from my profession that once you do that, you can use it.”

Inspired by the women she met, Scarcello wrote Fifty & Fabulous!: The Best Years of a Woman’s Life (Watkins/Duncan Baird Publishers), a book not about staying young but about the value of the age you happen to be.

Surprisingly, the book resonates with younger women. The freedom and peace expressed by their elders seems to take away the fear of growing older, in spite of the fact that a positive message about aging is seldom encountered in most media – or even in the way most of us think. Scarcello points out that people tend to evaluate older lives through the lens of their own age. If you are 40, you see loss, grey hair – things you judge as less. The things that are more aren’t necessarily apparent or discussed.

To help those of us who aren’t sparklers, Scarcello is starting workshops she calls Fabulation events, to dig deeper into some of the reflections and issues in the book. (Check her website at fifty fab.com for more information.) “I want women to create a new story about who they are now
and how they feel at this age,” she says. “If you don’t say this is what I am now and start to understand it, the gifts of that age are not available to you.”

But then she adds, “I think there is a groundswell, a change in attitude. Baby boomers are going to insist on it. I think they are also going to prove that aging is a positive thing because they are going to be living their lives very vibrantly.”