Should Doctors Be Allowed to Strike? 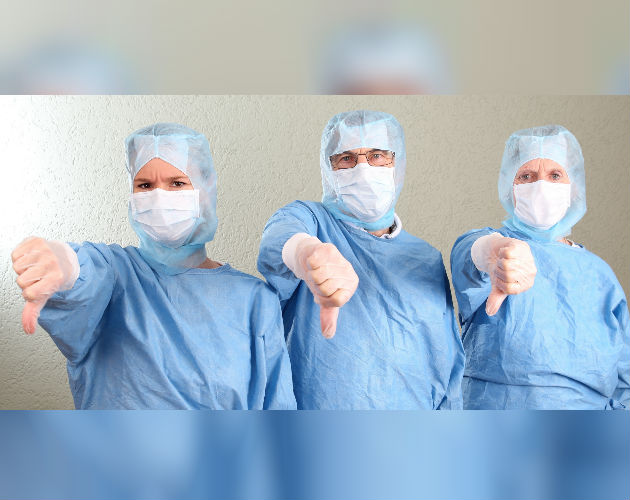 What if your doctor walked out on you in the middle of a treatment? Or you can’t get in to see your physician, because they’re on strike?

This may soon become a reality in Ontario, where doctors are fed up with government fee cuts for their services.

The Ontario Medical Association, the professional organization for doctors in the province, just recently rejected a binding dispute resolution offer. OMA also warned the province that it will look at legal avenues to fight them over fee cuts. It threatened legal action last week, because the province refused to take the disagreement to binding mediation-arbitration.

Doctors are incensed their fees were cut 1.3 per cent last month. This comes on top of cuts made last February, which all together amounts to nearly seven per cent.

There is not much, beyond costly court or arbitration action, the OMA and its members can do to dispute the cuts. Under the Public Service Labour Relations Act of Canada s. 119:

“The employer has the exclusive right to determine whether any service, facility or activity of the Government of Canada is essential because it is or will be necessary for the safety or security of the public or a segment of the public.”


Related: When can I sue my doctor?
Healthcare workers in the province are seen as “essential,” which means their right to strike is greatly curbed and that includes physicians.

Given the circumstances it begs the question: should doctors have the right to strike?

A recent Supreme Court of Canada case, Saskatchewan Federation of Labour v. Saskatchewan, has looked at the issue of provincial essential services laws. In the Saskatchewan case, the top court ruled the right to strike is an essential right that is protected by s. 2(d) of the Charter, which is the freedom of assembly section. This SCC decision was greeted with glee by the Ontario Federation of Labour. Right after the SCC decision OFL President Sid Ryan declared it a victory for the fundamental rights of workers in Canada.

However, while Canadian labour unions were rejoicing we can’t forget that the SCC also cited Canadian Union of Public Employees, Local 301 v. Montreal (City) in its decision. This case supports the notion that a worker’s interests to bargain for a fair contract cannot take priority over the health and safety of others, especially where the services they provide are truly essential to the public’s health and safety.

It all boils down to this: you simply cannot have doctors walk out when treating ill patients; it presents a public health risk.

Related: Who can access your health records?
However, there is also the issue that the quality of our healthcare is going to continue declining if medical professionals are going to be paid less and less and they have few avenues to protest.

Certainly, some Canadian doctors are going to look south of the border for opportunities to practice, since the salary range is usually better. Where will that leave Canadian patients then?