War and Love: Remembering Those Who Served 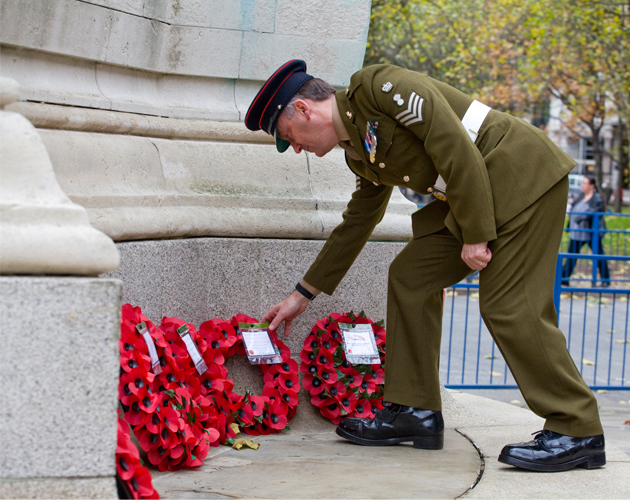 There is much we can learn from those who sacrificed their lives for our freedom. Though our Veterans have lived through the most difficult of times, they are our beacons of hope, and this month, we honour and remember the men and women who served our country during times of war, and peace, both here and abroad.

With the onset of the Second World War and the years thereafter, Canadian women had become increasingly integral in supporting war efforts, assuming roles that were traditionally men’s jobs before the war. Ilfra Allingham for example, is a 90-year-old resident of Revera’s Portsmouth Retirement Residence in Winnipeg, Manitoba who served in the Canadian Air Force from 1951 – 1954. Her role was to pack parachutes for airmen and paratroopers. A mother, wife and Veteran, her story inspires and fills us with hope.

In 1947, with the help of her aunt and uncle who lived in Regina, Ilfra migrated to Canada from Scotland in search of a different life. When news broke that the Canadian Armed Forces was looking to recruit women, Ilfra, who stands 4 feet 11 inches, didn’t let her lack of height stop her from enlisting.

Making it through the recruitment process at the top of her group, Ilfra was trained to prepare and check airplane safety equipment. As part of this role, she spent much of her time packing and inspecting parachutes – the lifeline for many Canadian airmen flying over enemy territory and paratroopers landing behind enemy lines.

What many may not know is that it was tradition to include the name and phone number of the women packing the parachutes inside the kits. If an airman used the parachute and got to safety, he would call the person who packed the parachute and take them out for a drink when he returned to base, as a way to express his gratitude.

When one of Ilfra’s parachutes was successfully deployed, a charming airman named John contacted her and instead of a drink, he bought her a pair of earrings to say ‘thank you.’ Ilfra accepted the kind gift, not knowing they would fall in love and John would later become her husband.

Wartime stories, whether ones about active combat or not, fill us with pride, pain and hope, and not all come with a happy ending. Stories like that of Ilfra and John’s help us believe in a peaceful future.

Revera, a leading owner, operator and investor in the senior living sector is proud to celebrate and honour Remembrance Day through Revera Remembers, the company’s second-annual initiative in support of The Royal Canadian Legion. This month, join us by taking a moment to connect with Veterans in your family or community. Learn about their lives, perseverance, camaraderie and leadership. Listen to the trials they’ve endured. Gain respect and offer gratitude for their contributions to our freedom. Let’s not forget.

To learn about some of the Veterans who call Revera home, visit ReveraLiving.com/ReveraRemembers2017.