How to Start the Conversation About Final Wishes 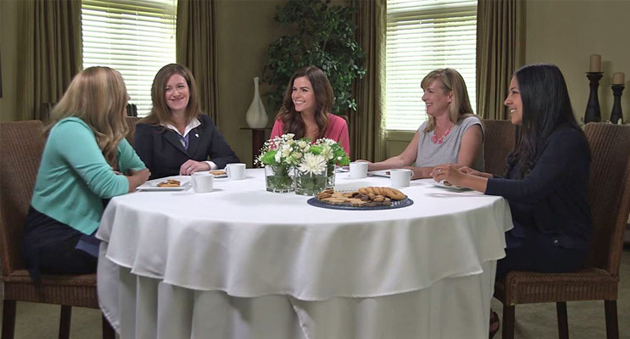 the thought of having a conversation about death with your family seems inconceivable, you are not alone. How do you begin? How much detail do you share?

To help break down the taboos associated with discussing death, Arbor Memorial invited a group of women – Lena Almeida, Candace Derickx and Solmaz, to participate in an open discussion on death, dying and funerals.

Moderated by life-cycle celebrant Linda Stuart, and hosted by Arbor Memorial funeral director Shannon Burberry, the group chatted about why it’s so difficult to talk about death with loved ones – but also why the time is now to begin the conversation. In talking about how to get the conversation going, funeral director Shannon Burberry offered some tips for people who might not be comfortable diving right in: start small.

“I think it’s about telling a story. Perhaps it’s an article you’ve read or a funeral you attended that inspired or felt right to you. Share someone else’s funeral story when you’re having a conversation, and in telling that story, your loved ones might just give you a little snippet of how they feel about it, which you can then use as a starting point.”

Linda adds: “And talking about what you want is a good way to open up the conversation with other people about what they would like.”

When To Bring It Up

Since death isn’t an everyday topic of conversation, it may be tough to know when to bring it up. Shannon thinks you shouldn’t hold out for one specific moment.

“I believe that the conversation should be something that comes up naturally. It could be that someone has brought the subject up in a light-hearted fashion, or even as a discussion point about someone else who has passed. The conversation might just carry on from there and feel right,” she says.

The participants agree that you can’t avoid the topic – particularly if you have children in the mix, aging parents or even close friends who may have experienced a death.

Candace agrees: “I’ve realized that it’s not really about me and what I want. It’s about what my family is going to need and want. And that conversation has to happen. They need to be involved in it.”

Solmaz adds: “I think it’s important to think about death beyond ourselves. I think this conversation has really opened that up for me – we need to take everyone’s needs into consideration when thinking about what we want.”

Regardless of age, the bloggers recognize that starting a dialogue sooner rather than later is the way to go.

“Having those conversations now kind of normalizes it, because we’re not having that conversation in the heat of the emotional moment or when we’re under distress,” says Lena.

In reflecting on the discussion, the women were surprised that it wasn’t a sad and somber conversation. Though they covered a lot of emotional subject matter, they found opportunities for laughter and thoughtful reflection.

“It’s hard to start the conversation with the people that we love, but I think that when we can get over that hurdle, it can result in some beautiful, rich conversations,” says Linda.

For more information, visit How to Start the Conversation