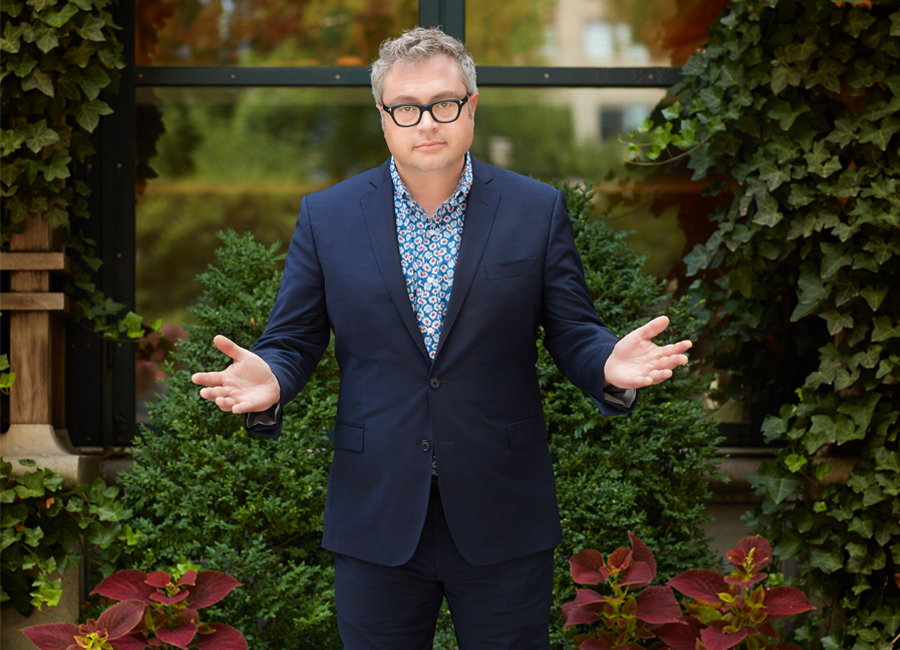 Steven Page returns to the Elora Festival on its 40th anniversary

The Elora Festival is excited to announce that Steven Page, singer/songwriter and a founding member of Barenaked Ladies, is returning to perform at the festival on July 27 at 7:30 pm. His last visit there was in 2013. The intimacy and warmth of Elora’s 600-seat Gambrel Barn will be the setting for Steven’s songwriting genius and iconic voice this time.

Inducted into the Canadian Music Hall of fame in 2018 with his former bandmates, Steven Page has been carving out a diversified niche for himself that expands beyond recording and performing through a wide array of projects in music, film, theatre and television. He has composed six Stratford Festival scores, has collaborated and toured North America with Toronto’s innovative Art of Time Ensemble and performs with his rock star pals as a member of the Trans-Canada Highwaymen. Steven journeyed across Canada and the U.S. as host of TV’s The Illegal Eater, became a Chopped Canada Champion in 2017 and appeared in the award-winning Riddle Films production of Dreaming of a Jewish Christmas. He is currently working with playwright Daniel MacIvor on a musical commissioned by the Stratford Festival called Here’s What It Takes, a theatre production featuring Page-composed songs.

Steven’s latest album, entitled DISCIPLINE: HEAL THYSELF PT. 2, was released in 2018 and followed by tours in Canada, the U.S. and the U.K. & Ireland. Steven’s appearance is one of 35 concerts that show the Festival’s innovative programming for diverse audiences. The Elora Singers were so excited with the news of Steve’s appearance that they asked to join him onstage for a couple of his iconic tunes. “What a thrill to collaborate with such a gifted songwriter who helped define our Canadian pop music landscape”, said Christina Stelmacovich, one of the Elora Singers. “It will be a magical evening in the Barn!”

Immerse yourself in the magic of Steven Page at the Elora Festival on July 27, 2019, 7:30 pm, in the Gambrel Barn (Roads 7 and 21) in Elora. Opening for Steven is singer/songwriter Spencer Burton. For tickets or more information about any Elora Festival concert please call 519-846-0331 or visit www.elorafestival.ca.

The JUNO- and Grammy-nominated The Elora Singers is one of Canada’s preeminent professional chamber choirs. They are the core of the Elora Festival each July, and perform year-round in a series of diverse concerts that includes Canadian repertoire and Canadian artists that delight local, national and international audiences. The Elora Singers have a range of programs and special projects that harness the power of music in the education and health care sectors. For more information please visit www.elorasingers.ca and www.elorafestival.ca or call Christopher Sharpe, 226-384-7412.