The Surprising History Behind 6 Iconic Sites Around the World 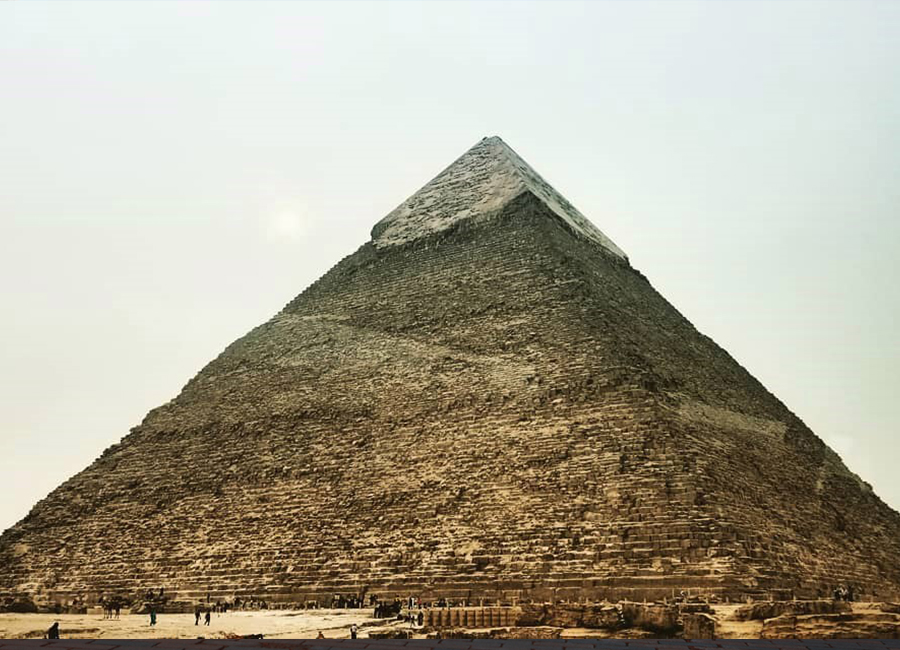 The world is yours to explore. Take in the unforgettable sights, and uncover the unique history as you venture to these six iconic destinations in 2021. Where will you go first?

The Pyramids of Giza, located in modern-day Cairo, are a worldwide icon of Egyptian history. Pyramids were a huge part of ancient Egyptian life. Because pharaohs were thought to become gods in the afterlife, Egyptians filled the pyramids with everything needed to sustain themselves in the afterlife, such as weapons and food.

The Great Pyramid was built for the Pharaoh Khufu around 2300 B.C., though much about his reign is still a mystery. What archaeologists do know is that over 2.3 million blocks of stone were used for the Great Pyramid alone. Even its construction is still a marvel to modern archeologists. The Great Wall of China was built in third century B.C. to protect Emperor Qin Shi Huang’s kingdom from intruders. The wall never actually prevented invaders from entering the nation, but nonetheless it became a symbol of Chinese strength and innovation.

At 3,000 miles long, up to 30 feet wide by 50 feet high, the Great Wall took nearly 2,000 years to complete as it stands today. As many as 400,000 people died during the wall’s construction. A number of them were buried within the wall itself. It is said to be the only manmade structure that is visible from space.

The Rocks of Sydney, Australia is one the most historic districts of the city. What was once a European settlement of convicts, sailors, street gangs, and soldiers is now a buzzing modern destination.

Australia was first colonized in the late 18th century by the British as a Pacific base for its ships and as a place to send convicts. However, early records don’t show any prisons on the maps, implying that the punishment was in the journey and the remoteness of Australia. Today, the district is a hip spot for art and culinary ventures. Most importantly, it is home to some of Australia’s oldest pubs – including Fortune of War, built by a former convict in 1828.

St. Peter’s Restaurant takes the title of Europe’s oldest restaurant, located in Salzburg, Austria. The restaurant is over 1,200 years old, still housed in the original building founded by monks at the end of the Dark Ages, around 800 A.D.

The menu features authentic dishes like “filet of organic straw pig” and “beef tartar of Salzburg Alpine beef.” The restaurant also regularly hosts Mozart-themed dinners with costumed actor-musicians to celebrate the life in legacy of the famous classical composer Wolfgang Amadeus Mozart, who was born in Salzburg in 1756. Deadwood, U.S.A, is a well-preserved Wild Western-style town that is notorious for its lawless beginnings during the Black Hills gold rush in the late 19th century.

After a government-sponsored expedition found gold in Deadwood, the mad dash to secure its riches began. Troves of people set up tents and shanties to capitalize on the town’s natural wealth, but included some rather unsavoury characters. The mostly-male population frequented its saloons, gambling establishments, dance halls, and brothels. The mysterious ancient ruins of Machu Picchu in Peru are believed to have been a royal estate or sacred religious site.

The structures are believed to have been built at the height of the Inca Empire in the 15th and 16th centuries. The ruins span over five miles, 3,000 stone steps, and over 150 buildings. It was abandoned at least 100 years after its construction, though historians haven’t confirmed exactly why the site was abandoned. The ruins were discovered in 1911 by American archaeologist Hiram Bingham. Before then, it had only been privy to peasants living in the area.

There’s no better way to gain some perspective on the magnificent world we live in than by reflecting on the past. But there is truly nothing like standing before one of these iconic sites and basking in centuries worth of history.

If any of these six sites have inspired you to travel again, learn more at collette.com.

CARP Members save an additional $100 per person off any tour combinable with all other retail offers. See collette.com/carp or call 855.235.8687 to learn how to save.

Collette’s worldwide travel collection features over 160 guided tours across all seven continents. With 102 years of experience and included flexibility, free time, and a cancel for any reason waiver, Collette puts your mind at ease and lets you enjoy every moment of the travel experience. As we plan to resume tour operations and welcome back our guests to experience the world, we’ve evaluated the tour experience from start to finish.  Your health, well-being, and enjoyment remain our top focus. To read the about the changes click here.