Cancer Above the Shoulders – Don’t Shrug it Off! 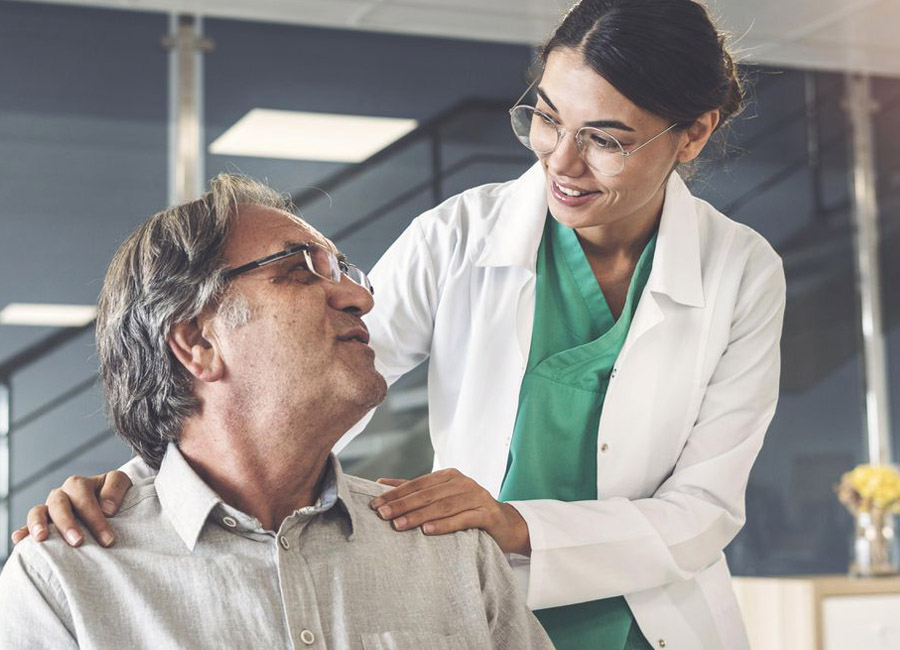 Even though it can often be quite visible, head and neck cancer generally gets less attention than many other cancers. Yet, it is responsible for 6% of all cancer cases worldwide, which makes it the sixth most common malignancy.1  In Canada, more than 4,300 people are diagnosed with this cancer every year.2

About nine out of 10 head and neck cancers originate in the flat squamous cells that line the moist, mucosal surfaces of the mouth, nose and throat, including the voicebox or larynx. Less common types include cancers of the thyroid or salivary glands and the nasopharynx, the top of the throat near the nasal cavity.3 Brain cancers are a separate disease.

The original site of John-Peter Bradford’s head and neck cancer was never found.4 His squamous cell cancer was stage 4 when it was diagnosed in 2009. There were multiple tumours, meaning that the cancer had spread from where it had started and some of the tumours were large – about the size of a lemon. Radiation therapy and surgery at the Ottawa Hospital saved his life and eliminated the cancer… but there were consequences. His salivary glands don’t function well, so he needs to drink water frequently when speaking or eating. He can only taste about 40% of what he used to. Certain spices, uncooked onions, lemon juice and the like create painful blisters inside his mouth. The left side of his jaw is numb and doesn’t work well.  The upper left side of his body don’t function properly.

“But I’m happy as hell!” he says unreservedly. “I live a very full and productive life.”

To do this he adds, “We need to reform and streamline our overly complicated cancer system in Canada so patients get faster and better care. We need to eliminate delays and backlogs because they cause suffering and death. We’re not helping Canadians who need it most when they need it most.”

The advances in treatments of head and neck cancer in the decade since John-Peter’s diagnosis have been remarkable. Some new therapies target genes that cause cancer. Others – called immunotherapies – unlock the body’s immune system to identify and kill cancer cells.5 Immunotherapies are now considered the fourth pillar of care for many cancers – alongside surgery, radiation and chemotherapy.

If found early, many head and neck cancers can be cured. While this is the primary treatment goal, it is also important to preserve the function of nearby nerves, organs and tissues. Doctors carefully consider how a treatment might impact a person’s quality of life, including such factors as how he or she looks, feels, talks, eats and breathes.6

What causes head and neck cancer? Up to 70% of new cases of cancer of the oropharynx (the middle part of the throat7) in North America are caused by human papillomavirus (HPV).8 The other risk factors associated with head and neck cancer are tobacco use, alcohol consumption and Epstein-Barr virus.9

Fortunately, smoking rates are dropping in Canada,10 and vaccinations for HPV are increasing.11

The public is learning more about head and neck cancers through information campaigns such as the NHL’s Hockey Fights Cancer program that involves Nicholle Anderson, wife of NHL goalie Craig Anderson. She was diagnosed with stage 4 nasopharyngeal cancer in October 2016, received chemotherapy and radiation treatments and was declared cancer-free seven months later, in May 2017.

What Nicholle thought was a simple sinus infection led to her cancer diagnosis. She has since worked tirelessly to inform the public about her head and neck cancer and its many impacts on her life.12

“Once the phrase cancer-free is spoken, everyone assumes life goes back to normal but, unfortunately, this isn’t true,” she says. “Even though survivors appear to be tough and strong, they live with daily struggles that are often unseen. We learn to complain less and to appreciate life in a whole other way. It can be misleading allowing people to think our life is normal.”13

She also advocates for people to seek care promptly if they suspect a problem. “Be in tune with your body,” she says. “If you think something is wrong, make a doctor appointment and get it checked.”

As research and knowledge-building continues, the hope remains that the impact of head and neck cancer on Canadians can be diminished while public understanding rises.