Eyecare in Ontario: The cost of the government’s short-sighted response 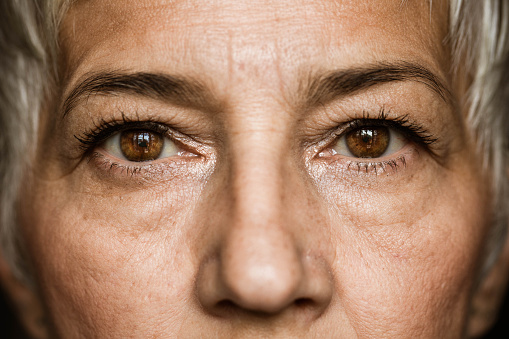 The eye health of Ontario seniors and children will suffer because of the Ontario government’s refusal to fairly negotiate their fees. Every other Canadian province has settled this issue.

Ontario eyecare is currently in crisis.

C.A.R.P. cares because this significantly impacts our members’ wellbeing, and because equitable access to health care is a cornerstone of our advocacy.

As of September 1st, seniors, children and Ontarians with serious eye conditions do not have access to OHIP funded eyecare.  The Government of Ontario has refused to sit down and find reasonable consensus with the Ontario Association of Optometrists (OAO).  We are urging the government to meet the OAO at the negotiating table and commit to funding this service at least to the cost of delivery.

Here’s a recap of the issue.

The OAO tells C.A.R.P. that OHIP funding does not come close to covering the cost (including rent, staff, utilities, modern equipment, taxes and supplies) required to provide an eye exam. In 1989, the Ontario government paid $39.15 for an eye exam.  In 2021, 32 years later, they pay an average of $44.65.  Optometrists say this is wholly inadequate and unsustainable and has long been impacting patient care outcomes.

In fact, as the most populated province in the country, compared to other provinces with publicly funded optometry services, Ontario is by far the lowest. For example, the fees for seniors’ eye exams would have to increase by 70% to reach the next lowest province, Manitoba. This omission will continue to have adverse effects on OHIP patients like seniors for years to come.

Settle this issue. It’s been a long time since they received any increase… Why is Ontario lagging so far behind other provinces?

The Ontario Association of Optometrists (OAO) has been asking the government to agree to formal negotiations and  commit to a long-term sustainable funding solution that will ensure Ontario families have access to optometry services.

“We want to provide Ontarians with the high-quality eye care that they deserve”, said Dr. Salaba, President of the OAO.  “We’re just looking for fairness from the government.”

I am currently waiting for an eye exam. I am a diabetic with retinopathy. Frequent exams help me identify issues before they blind me. The cost of my ODSP for the rest of my life if I go blind will far outweigh the cost of my preventative eye exams.

Last December 2020, the government ceased responding entirely to the OAO and remained silent for eight months despite repeated requests by the OAO to meet.  Finally, in August, the Ministry of Health met with OAO, however they rejected the OAO request for a commitment from the government that optometrists no longer subsidize eyecare.

Acknowledging that optometrists have been long neglected by prior governments, in the days following the government offered a one-time payment to optometrists.

As well as citing the inadequacy of the amount, about $1 for each of the 34 million eye exams in the last decade, Dr. Sheldon Salaba noted, “more importantly, it does not commit to any long-term solution or mechanism to address this crisis in eye care. This omission will continue to have adverse effects on OHIP patients like children and seniors for years to come.”

C.A.R.P. believes the Government of Ontario’s short-sighted inadequate response is impacting some of its most vulnerable citizens, at great long-term social and economic cost to the province.

Eye care is critical to preventing blindness and all the tremendous costs associated with blindness for the Government.  Investing in eye care is investing in preventive medicine.

Every day over 2,500 optometrists across the province help patients see clearly, prevent blindness, and identify other major health concerns such as cancer or autoimmune illness that might have gone untreated.  Optometrists are a critical part of our public health care delivery.

Recently our optometrist saved our sons life. Through his annual checkup our optometrist discovered an extremely high build-up of pressure behind his eyes. If not for our optometrists…assessment our son could have suffered a fatal stroke.  He underwent surgery which relieved the pressure in his head and ultimately saved his life.

Prior to the September 1st suspension of access to OHIP funded optometry, hundreds of thousands across Ontario spoke out against the government’s inaction through letters to their MPP, calls, petitions, and contact with local media.  Currently over 155, 892 emails urging the provincial government to negotiate with the OAO have been sent through saveyecare.ca

C.A.R.P. urges you to go to saveeyecare.ca, and call your MPP directly and demand that the government fix the eye care crisis NOW.

Our eyes are too important to ignore, and our votes count in the elections.