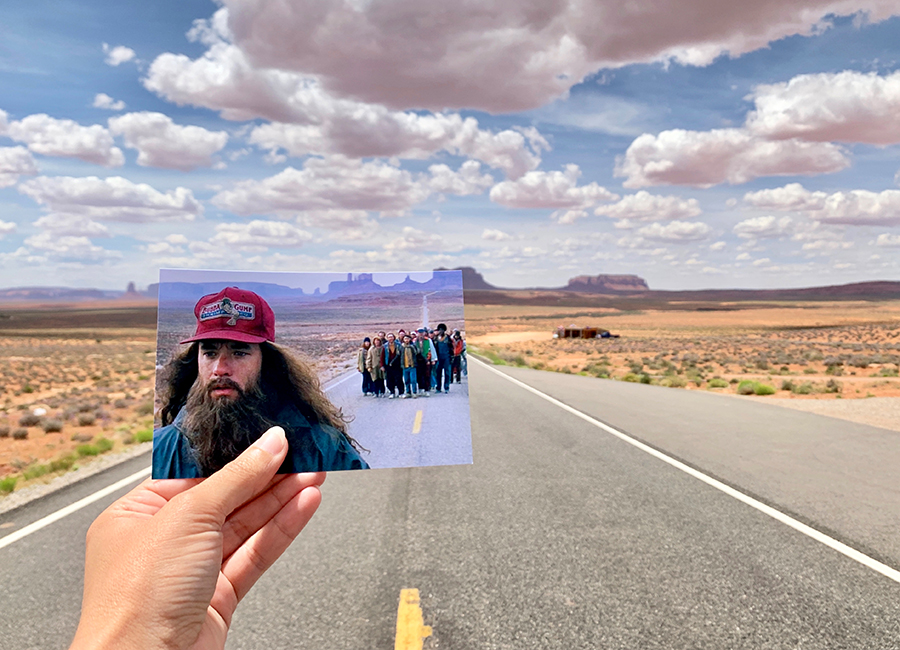 Being in the setting where a famous movie was filmed or standing in the spot where a memorable scene happened can feel a bit surreal.  Believe it or not you can feel starstruck by the landscape. And when the movie takes place somewhere beautiful and interesting in its own right, visiting is an even richer experience.

Utah’s incredible landscapes have always inspired great storytelling.  Add a touch of film history to your Utah itinerary, or plan your trip around some iconic cinema locations. You might even want to attend the renown Sundance Film Festival, which takes place in Park City, Sundance Mountain Resort and Salt Lake City every January.  The festival is the ultimate gathering of original storytellers and audiences seeking new voices and fresh perspectives. The annual program includes dramatic and documentary features and short films; series and episodic content; and New Frontier, showcasing emerging media in the form of multimedia installations, performances, and films. Whether you chase film itineraries or visit festivals, you can be sure your own memorable stories will unfold in Utah.

Here are just a few of the films that would have not been what they were without the role of Utah’s remarkable scenery.

The adventure drama “Thelma & Louise” delighted audiences everywhere — but especially struck a chord with women. The film was a rarity, a “buddy” adventure movie starring two women, played by Susan Sarandon and Geena Davis. The story inspired generations of audiences, who found the film relatable, funny, inspiring and gut-wrenching all at once.

While the story takes place on a road trip that’s supposedly from Arkansas to Arizona, much of the movie was actually filmed in Utah, from the looming desert mountain in the opening credits to the epic “Grand Canyon” car scene at the end. (Spoiler: That wasn’t the Grand Canyon — the scene was shot at Dead Horse State Park outside Moab, Utah.) These are just a couple of highlights from a themed itinerary, which you can look at in full here. Moab is a paradise for hikers, mountain bikers, river rafters, rock climbers, off roaders and those smitten with the red rock landscape.  As well as the exhilaration of adventurous recreation, you can slow right down and stop to ponder the earliest Native American inhabitants’ petroglyphs carved into the sandstone canyons.  And in terms of films, if you are inclined to shrug off Thelma and Louise, maybe you will appreciate some of the other films which have shot scenes on location, including “Rio Grande,” “Indiana Jones and the Last Crusade,” “Star Trek,” “Wagon Master,” and “Geronimo.”

As the Sundance Kid in 1969’s “Butch Cassidy and the Sundance Kid,” Redford made his international breakthrough in the film that was mainly shot in southwestern Utah. That same year, he purchased a rustic ski resort which is now known as the Sundance Mountain Resort. In the resort you can visit Owl Bar, whose walls are decorated with photos from Redford’s movie career. The restored 1890 bar counter was originally located in Wyoming, where barkeeps served the real Butch Cassidy and his “Hole in the Wall” gang.

This part of Utah gives you the chance to revel in Butch Cassidy’s legend, but also serves as a springboard for some of the most scenic parks in America.

Here are some of the highlights of Butch Cassidy-themed travels.  Find the entire 4-day itinerary here. If you fly to Las Vegas, it’s just a couple of hours to St. George and the Greater Zion region of southwestern Utah.  The endless red rock cliffs, Mojave desert landscape, and the awe-inspiring views were the backdrop to Butch Cassidy and the Sundance Kid.

Hop on a horse and do a trail ride that follows the famous chase scene from the film, or walk through the amazing geological features – petrified sand dunes, lava fields, red rock towers that show just how old this land is.

Psst — Check out nearby Cedar City – not part of the Butch Cassidy theme, but a worthwhile place to visit with its nearby national forest, national parks and fantastic arts scene.  You might even be there at a time to catch one of the city’s festivals, like that which celebrates Neil Simon’s plays or the annual Utah Shakespeare Festival.

If you are deep into the legend of Butch Cassidy, you could take some time to get to know the history of Robert Leroy Parker (the real person who became known as Butch Cassidy).  As well as his nearby home town in Circleville, high trails with long views like Cassidy Trail in Red Canyon were quite possibly used as hideouts on the Outlaw Trail.

The scenery as protagonist

The scenery is also worth the spotlight in its own right. Take in America’s most renowned scenery by driving along the All-American Highway Scenic Byway 12.  Bryce Canyon National Park is very nearby, which is covered in red rock hoodoos (distinctive red rock spires).  The hoodoos which stretch on endlessly are an incredible sight and will set your imagination alight.  They were explained by the Paiutes (Indigenous peoples of the Great Basin) as “legend people” who had been turned to stone.   Depending on the time of year you visit (we would recommend between December to March) and the amount of time you like to spend in the elements, you could do everything from hiking and star-gazing to snowshoeing in the winter.  And for those who like travel but not necessarily by ones’ own steam, you can enjoy the 18-mile scenic drive through the park. The tiny ghost town of Cisco, not far from Moab, sits a little way off the main route, highway 70. Eerie yet beautiful, the wind blows on cue, with the classic sagebrush tumbling through wooden dilapidated shed-like buildings which look like they might fall at any moment. The police chase scene from “Thelma & Louise” was shot here, with the desert stretching out endlessly beyond.

The empty Cisco is home to a single artist-in-residence via a project called “Home of the Brave”.

This program gives artists from anywhere in the world the chance to come and spend a month’s retreat in the town, with no utilities, very simple lodging and just a few visitors who wander through to see their work.

Many other scenes from movies have Utah as their backdrop.  Forrest Gump, the Planet of the Apes, Easy Rider, Indiana Jones and countless other movies have shown off the red rock vistas and dark skies of Utah.  Whether you travel an itinerary that relates to the big screen or not, your own stories will be sure to unfold here.