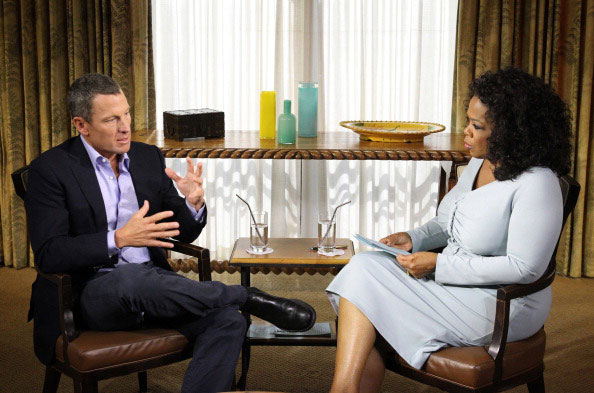 In a televised interview that captured worldwide attention, champion cyclist Lance Armstrong finally went public, admitting that he broke all the doping rules during the course of his glorious career.

Doing so, he chose the path common to politicians, athletes and celebrities who’ve run afoul of public opinion — confessing their sins in a stage-managed TV appearance, this time to Oprah Winfrey.

In the revealing and sometimes hard-hitting interview, Oprah coaxed the seven-time winner of the Tour de France champ into revealing the sordid details of his career, which he built on cheating, lying and bullying people into silence.

However, if Armstrong was calculating that appearing on the program would rebuild his tattered image, the gambit was a failure. He responded to all of Oprah’s withering questions in his usual stone-faced and taciturn manner and never once displayed anything, even remotely, resembling emotion or heartfelt contrition – the favoured method for garnering public sympathy.

“He’s a liar, and it never stops,” said Kathy LeMond, whose cyclist husband, Greg, has always questioned Armstrong’s victories. John Fahey, head of the World Anti-Doping Agency, similarly dismissed the interview. “If he was looking for redemption, he didn’t succeed in getting that.”

Instead of the manipulating the public’s emotions, Armstrong talking points focused on his own personal shortcomings. “I am flawed,” he told Oprah robotically, “Deeply flawed” In other words, he’s just like you and me.

So here, using Armstrong’s own words, we list his top self-admitted flaws.

1) Liar: “I view this situation as one big lie that I repeated a lot of times.”

3) Control freak: “A guy who expected to get whatever he wanted and to control every outcome.”

5) Ruthless: “”Ruthless desire to win. Win at all costs, truly. Serves me well on the bike, served me well during the disease.”

7) Prick: “Look at this arrogant prick.”