The Super Bowl and Cultural Encroachment 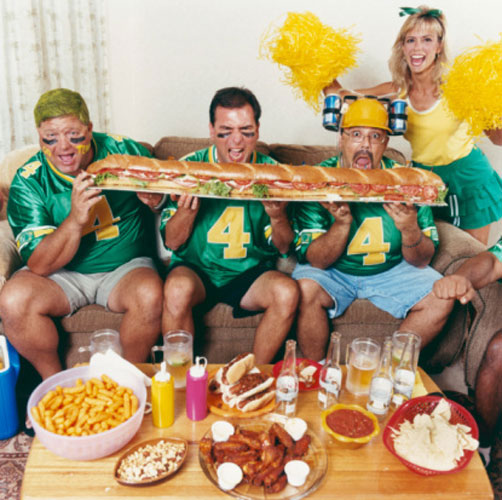 As a celebration of the American experience, it’s no wonder that each year the Super Bowl consistently scores the highest U.S. television ratings. In fact, the final score has become secondary to the event itself – many people tune in just to see the over-the-top national anthem performance, dazzling commercials or the gaudy half-time show, with its obligatory over-the-top, verging-on-train-wreck performers. Madonna, who sang at last year’s event, seemed a perfect choice for this role.

But lest we get too smug up here, the Super Bowl has quietly become the most watched Canadian television show, eclipsing ratings for our own supposedly nation-defining sporting events – the Grey Cup and the Stanley Cup.

This is curious for a number of reasons. For real fans of football, the on-field action can’t possibly live up to the pre-game hype: in truth, it seldom generates the excitement or tension of the far more interesting playoff games that lead up to it. Because it’s always staged in a neutral site, it lacks the essential – and awe-inspiring – roar of 80,000 fans cheering madly for the home side. And, thanks to Canadian broadcast rules, we can’t even see the cool TV ads.

So this Sunday, why will so many of us tune in to watch this all-American spectacle? Canadian-born novelist Saul Bellow might have been answering this very question when he wrote, “Canada’s chief entertainment – it has no choice – is to watch what happens in our country [the U.S.]. The disaster is that there is no other show.”

Perhaps Bellow was right. But that doesn’t mean we can’t switch channels at half-time.