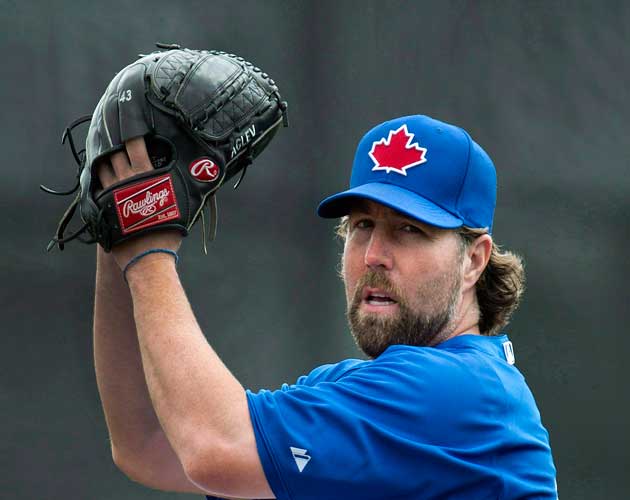 There’s an air of optimism in Toronto as the Blue Jays’ 2013 baseball season gets underway.

It’s been a long time since the fans have been so excited. And there’s good reason. With plenty of new faces in the lineup, including starting pitchers R.A. Dickey, Mark Buehrle and Josh Johnson, infielder Jose Reyes and outfielder Melky Cabrera, the team has been picked by many touts to take the American League East and qualify for baseball’s post season for the first time since the early 1990s.

The Jay’s prospects look even brighter as their traditional divisional rivals – the New York Yankees and Boston Red Sox – aren’t nearly as strong as past years. Thanks to age and injuries, the Yanks’ are fielding perhaps their weakest line-up in two decades, comprised largely of castoffs and washed-up players. And the Red Sox starting nine won’t exactly inspire fear among their opponents.

So the window to win is open but, as any sports fan knows, it can close rather quickly. The Jays’ best-case scenario is to get off to a quick start and bury the Sox and Yanks early. Then they can fight for playoff position with the so-so Baltimore Orioles and the always-competitive Tampa Bay Rays.

It’s no easy task but the Jays have set their expectations extremely high this year. Anything less than a playoff berth will be considered a major disappointment. Let’s play ball.