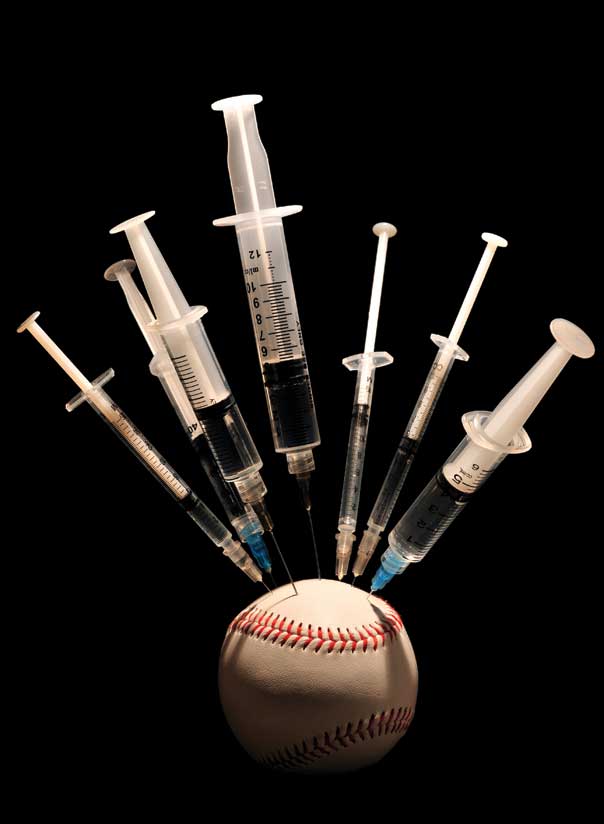 Sports fans are constantly arguing. I’ve have had many lively debates, usually over a few pints, over the relative merits of players then and now.

Sure Crosby is a great, but how does he compare to Orr or Gretzky? Wait, you’re saying Jim Brown wasn’t the greatest running back of all time? Was there a better clutch hitter than Reggie Jackson? Inevitably, some ancient bar sage would join the talk, claiming to have seen the young Rocket Richard or Willie Mays play, winning the debate and earning himself a free beer.

But it’s getting increasingly difficult to play the generational comparison game – not because my nights out have been curtailed by family obligations – but because it’s almost impossible to compare the modern athletes against those from the past. Today’s players not only use harder bats that make the ball fly, but they’re in much better physical condition, having access to superior training and nutrition regimes than athletes of yore, who drank, smoked and viewed anything related to exercise or weight-lifting with suspicion.

The biggest factor clouding these generational debates is the rampant use of performance-enhancing drugs, or steroids as we used to call them. Just look at current PED poster-boy Alex Rodriguez, all-star third baseman of the New York Yankees and self-confessed steroid cheat.

A-Rod is, unarguably, one of the best to ever lace up a pair of baseball cleats. While his public persona may leave some people cold, he’s a three-time MVP, won a World Series with the Yanks, is closing in on all the major offensive records and will have earned over $400 million by the time he retires, assuming he wins his appeal against his 211-game suspension. And, oh yes, he dated Madonna, Cameron Diaz and Kate Hudson.

Unfortunately, at a time when we should be celebrating his accomplishments, the 38-year-old’s career is winding down amid the chaos of accusations, confessions, suspensions and appeals surrounding his use of PEDs.

How much of A-Rod’s merit, we ask, came through his natural athletic gifts and how much came as a result of guzzling human growth hormone or having needles stuck in his butt? How can we compare him to players from the past who weren’t juiced?

The steroid-fuelled sluggers of this generation – like Barry Bonds, the all-time home-run leader, Mark McGwire and Sammy Sosa – all made a mockery of record books as their bulging biceps sent baseballs into orbit. In any other era, they’d be lauded by fans and would eventually earn their plaque in the Hall of Fame, alongside Babe Ruth, Lou Gehrig, Ted Williams, Mickey Mantle, Hank Aaron and Willie Mays and all the great hitters of the past. The Hall seems intent on keeping them out, unwilling to award cheats.

But each generation had played under its own peculiar circumstances that make comparing eras difficult. Babe Ruth, who swatted an astounding 714 home runs between 1914 and 1935, is rightly regarded as one of the greatest hitters of all time. Yet the Babe, whose performance enhancers of choice were whiskey and women, played before baseball was integrated. Would his numbers have gone down if he had to face pitching legend Smokey Joe Williams and other pitching greats banned from major league baseball?

And Hank Aaron, whose record of 755 homers stood until Bonds crushed it in 2007, hit all of his round-trippers before sports became front-page news. During his chase to break the Babe’s record, the media circus that followed him was tame compared to the manic coverage of today: 24-hour radio and TV sports channels, Internet fansites, bloggers, tweeters and commentators who dissect every move – on and off the field – exerting so much pressure on today’s players.

So how do we put the steroid era in its proper context? You can’t just dismiss the whole steroid era and bury the achievements of great players, regardless of whether they were chemically aided or not.

By far, the best solution I’ve heard is Hank Aaron’s, the standard bearer for playing the game the right way. Aaron, who watched the sideshow surrounding Barry Bonds’ assault on the record with dignity, knowing full well it was done with the assistance of PEDs, suggests that we acknowledge the accomplishments of steroid cheats and elect them to the Hall of Fame but with a proviso: “If a player is elected who’s known to have used steroids, then I think there ought to be an asterisk mentioned on the plaque [stating] that he used steroids.”

Hammerin’ Hank wins the argument, hands down. Give that man a beer.