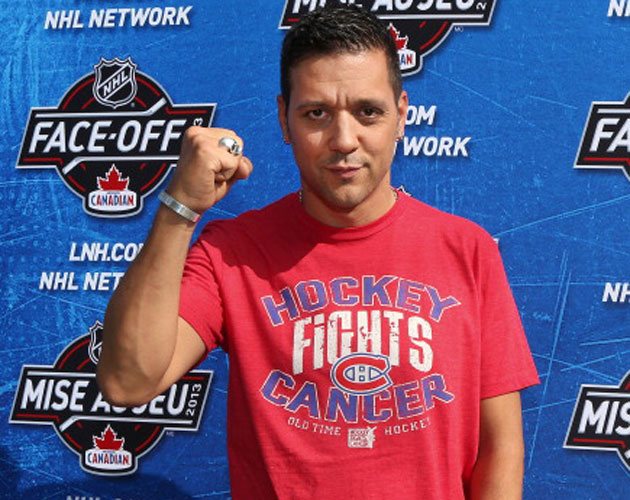 And so it begins. Sportsnet commenced its overhaul of Hockey Night in Canada by announcing that George Stroumboulopoulos will be the new frontman the venerable hockey show.

The 41-year-old host of George Stroumboulopoulos Tonight became available when his long-running late-night talk show was cancelled by CBC. Sportsnet snapped up the broadcasting veteran to make a splash, as the Rogers-owned sports network begins its takeover of hockey broadcasting in Canada, a 12-year, $5 billion deal they won late last year. Here’s the full line-up of what’s being called “Sportsnet’s NHL Dream Team.”

RELATED POST: THE LAST DAYS OF HOCKEY NIGHT IN CANADA

The immediate flurry of reaction to the move wasn’t exactly popular (reaction was mostly aghast on CBC’s story but mixed on Twitter). While Stroumboulopoulos is said to be a big sports fan (I’m old enough to remember liking him as an intern at Toronto sports radio station FAN590), many are worried that his cloying style will irritate long-time viewers, most of whom are happy with current HNIC host Ron Maclean, a knowledgeable and genuinely nice guy who comes off as a true hockey fan.

The announcement has all the hallmarks of a decision made in the marketing department. The Rogers-owned Sportsnet is obviously hoping that the younger and supposedly hipper Stroumboulopoulos (he wears earrings and a skull ring, he must be down with the kids!) will draw higher numbers from the coveted 24-49 male demo, not to mention expanding its female audience, a task which is currently being fobbed off on Cassie Campbell.

Don Cherry-supporters breathed a huge sigh of relief that the new HNIC decision-makers decided not to axe the ever popular Coach’s Corner, re-upping Don and Ron for another two years. “I knew that Rogers would never mess with the greatest segment on television,” the always humble Cherry said of the news.  In a release, Maclean claimed to be thrilled by the news: “Thirty-five million voices will play a part, and I’m simply honoured to be a part of the team,” before breaking out the obligatory pun: “As for Grapes and me, year 29 is coming up. For 28 years, Don’s been wired, but now he’s wireless. What a break.”

The Stroumboulopoulos hiring recalls a similar move made in 2000 when ABC’s Monday Night Football tried to break with tradition and hired comedian Dennis Miller to be their colour commentator (beating out Rush Limbaugh). Miller tried his best but after two so-so years, his contract was not renewed, leading to TV Guide putting it as #12 on its list of 25 Biggest Television Blunders.