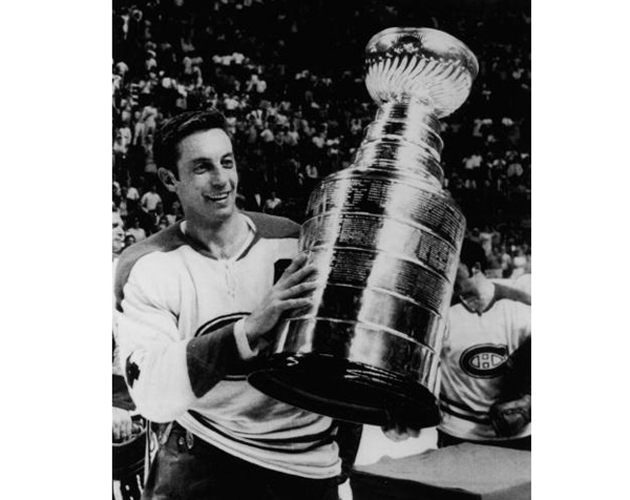 The Montreal Canadiens lost a legendary player, ambassador and gentleman on Wednesday, when Jean Beliveau passed away at the age of 83.

A smooth skating and gifted forward, Beliveau captained the Canadiens to 10 Stanley Cups in his 18-year career, finishing with 507 goals and 1219 points. But he will always be remembered as much for scoring exploits as for the quiet and graceful manner in which he always carried himself, a French-Canadian version of Joe DiMaggio. Even after he retired, and spent the rest of his life serving as an ambassador for the historic club, Beliveau remained a fixture at Canadiens games, chatting easily with fans, advising young players, a living memory to the time when the Habs ruled hockey in way hockey-mad Quebecers will never forget.

Nicknamed “Le Gros Bill”, Beliveau was born in Trois Rivieres, the oldest of eight children. Starring at every level, he eventually ended up playing for the Quebec Aces of the Quebec Senior Hockey Leaague. He became a huge draw in Quebec but showed little willingness in signing with the big-league club in Montreal. In order to coax him, the Canadiens had to resort to desperate measures: in 1953 they bought the QSHL and basically forced Beliveau to sign on the dotted line. That same year, he married Elise Couture, who with daughter Hélène, survive him.

It was a move neither the team nor Beliveau would regret. As both a player and an executive, his name would eventually be engraved on the Stanley Cup 17 times, a record. Revered in Quebec, Beliveau quietly supported charities for disabled children and patiently refused to be co-opted into politics, turning down a Senate seat offered by Prime Minister Brian Mulroney and later declining Prime Minster Jean Chretien’s offer to make him Canada’s Governor General.

A man who read and answered every piece of fan mail, it’s hard to measure the impact he made on generations of hockey fans in Quebec. But it was the high regard he always enjoyed among teammates, opponents and any player who met him that one gains true insight into the player, the leader and, most importantly, the man.

After surviving a near-fatal stroke in 2010, Beliveau said “I knocked on the door. But it seems they weren’t ready for me.”

Yesterday they were ready for him. Must be playoff time in heaven.