Why I detest the NHL All-Star game 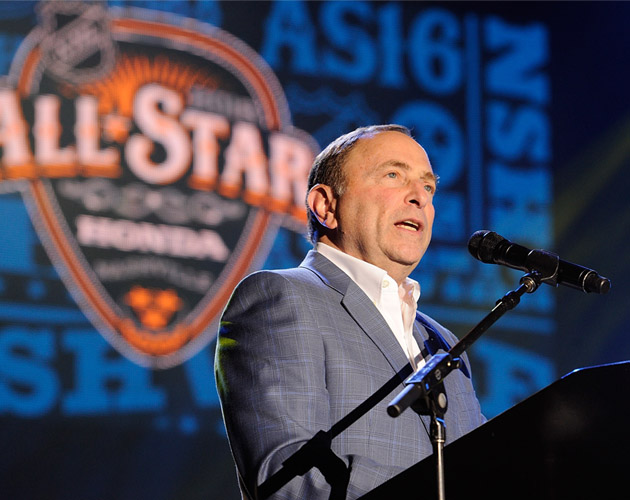 While it’s no great insight to say that all-star games are boring, the NHL version – which takes place in Nashville this weekend – deadens the spirit unlike any other.

Really, this gathering of the game’s greatest stars from around the league to show off their skills and play a lighthearted game should be anything but dull. But with absolutely nothing riding on the outcome, the players – half of whom are hungover while the other half wish they were anywhere else – mostly avoid physical contact and simply going through the motions.

The game itself becomes a passionless affair, reflected in the score, which often ends up something like 18-14. It leaves the benumbed audience wondering what sport they’re watching and goalies booking between-period appointments with their psychiatrists.

I can’t think why the league tries to foist this on fans every year.

Or rather, I do know why. The NHL uses the event as a marketing tool, to promote the game in a non-hockey market (Nashville isn’t exactly Hockeytown, USA) as well as bringing together all of it’s corporate sponsors for a weekend bash.

This year, in a feeble attempt to ramp up the entertainment value, the NHL has decided the game will be played in a three-on-three format, which just might produce a football-like score that all team owners and sports writers seem to desire so fervently.

Sure, I understand it’s supposed to be a fun affair and I don’t want to seem the fossilized dinosaur I really am, but this event has become an absolute travesty.

It all reminds something old-time baseball announcer Tony Kubek once said while calling the Pearson Cup game (a one-time annual exhibition match featuring the Toronto Blue Jays against the Montreal Expos). Upset at players who were not taking the game seriously, Kubek blew a gasket when Montreal brought in a coach to pitch in the game. Unable to contain his frustration, he blurted out: “They’re making a mockery of the game I love.”

A bit overwrought perhaps, but I echo his sentiments. It’s how I feel about this year’s NHL All-Star game: the best you can say about the match is that it’s not really hockey but may contain hockey-like substances.

So, instead of subjecting myself to this rubbish, I think I’ll head out to the local rink and watch the neighbourhood all-stars in action – just a bunch of older guys wearing worn-out Doug Gilmour jerseys playing the game they love.

Could it be much worse than what’s taking place on the ice in Nashville?