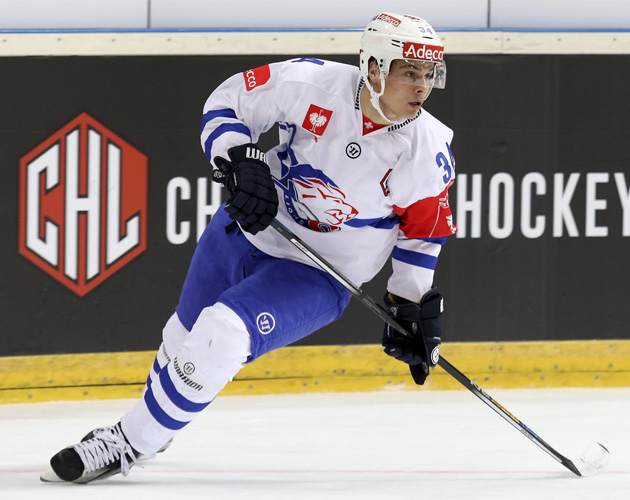 For the seven lousy Canadian teams that whiffed on making the 2016 Stanley Cup playoffs, Saturday could be a major chance to salvage a lost season and renew hopes for fans.

In an event that’s expected to draw massive TV ratings, the NHL will stage a lottery to determine which team will gain the first overall pick in the 2016 amateur draft, to be held June 24 in Buffalo. Live on CBC at 8 p.m. (Eastern), NHL officials will spin a glass ball and out will pop a ping pong ball with a team’s name on it – the lottery winner.

It’s widely expected that the winner will use its pick to draft 18-year-old sensation Auston Matthews. Matthews, who played in Europe last year, is a big, strong kid with great scoring touch, a sure-fire, first-line centre that all good teams need. While Matthews is considered the best choice out there, 18-year-old Finnish prospect Patrik Laine is a close second.

In the curious way the NHL employs to reward teams for ineptitude, the very worst club will get the most ping pong balls, ensuring it the best chance of winning the draft lottery and gaining the right to pick Matthews or Laine.

So by virtue of finishing dead last overall, the Toronto Maple Leafs will have a 20 per cent chance of winning the NHL Draft lottery, the highest odds of any team. Despite their decade long streak of misery and failure, the Leafs somehow always fail to land the top draft pick. The Edmonton Oilers, who won the big prize last year, landing the budding superstar Connor McDavid, have the second-best chance while the Ottawa Senators have the slimmest.

So fans of each team are crossing their fingers in hopes of landing the No. 1 pick.

Here’s the breakdown of the chances each Canadian team has of winning the NHL Draft Lottery.

For fun, you can use this Lottery Simulator and see how your own team finishes.