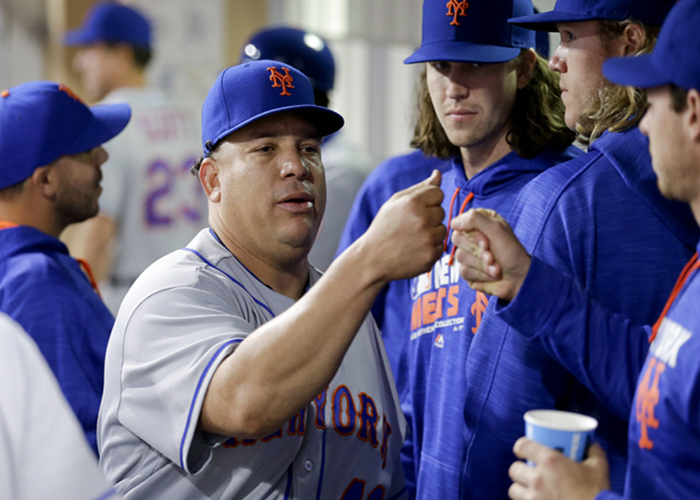 When 43-year-old New York Mets’ pitcher Bartolo Colon hit his first homer in his 19-year pro career, he became an instant baseball – and Internet – sensation. And for good reason.

When the pitcher hits a homer it’s always cause for celebration, but when this rare feat is accomplished by someone with Colon’s … uhhh … physical attributes, then the video of the great event will first go viral and then it will be inspire parody videos. And that’s just how it’s played out.

First of all, here’s the real home run Colon hit on May 8 against the San Diego Padres.

“Bartolo has done it! The impossible has happened!” – @Mets TV broadcaster Gary Cohenhttps://t.co/IMQ1qVDBTs

And now, thanks to all those talented Internet people who have far too much time on their hands, here’s the excellent parody. Imagine Colon’s blast as if he were Robert Redford, hitting that famous homerun in The Natural. It’s pitch perfect.

Since 44-year-old Jaromir Jagr and his Florida Panthers have been eliminated from the NHL playoffs, Bartolo Colon become’s EZ’s new favourite athlete.