Penguins Win The Cup—So Why Doesn’t Anybody Care? 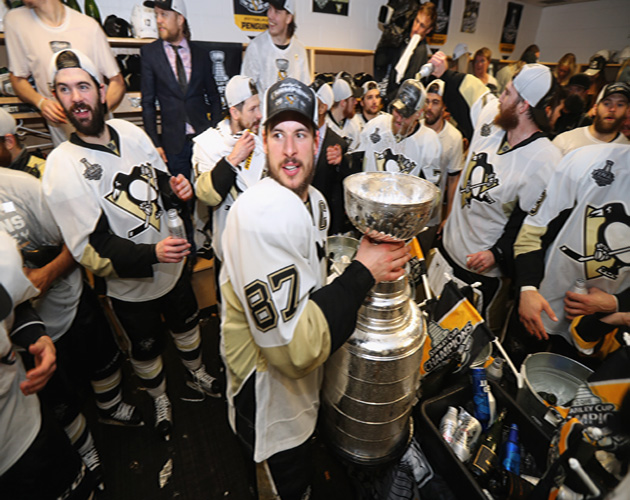 Sidney Crosby led the Pittsburgh Penguins to a Stanley Cup victory over the San Jose Sharks on Sunday, the second of his career and probably the least dramatic in recent memory. Crosby also took home the Conn Smythe Trophy (Playoff MVP) despite contributing far less on the score sheet than he did during his first championship run in 2007.

If you watched the series at all, you’d agree that this six-game Stanley Cup final won’t rank as the greatest in playoff history. Though the games were close, the results never seemed to be in doubt. Thanks to the smothering effects of the Penguins’ shot-blocking defensive scheme, the games were mostly dull, low-shot affairs. At times, it had the feel of a U.S. college hockey game—fast and skilled, but strangely lacking in the intensity that makes this the best playoff sport.

The Sharks, meanwhile, looked worn out and seemed dispirited throughout the whole series but especially in the final period when—with their season hanging in the balance—they could only muster two lousy shots, an embarrassing total that not only speaks about the imbalance of play but also the entertainment factor which, except for brief moments, was absent for the entire series.

Add to this the fact that there were no Canadian teams in the playoff mix and you get an entire 2016 playoff season that had no zing to it whatsoever. Poor ratings both north and south of the border reflected this.

I’m glad the people of Pittsburgh can enjoy the moment, but hockey fans around the world are relieved it’s over and hope never to see these two teams meet in the Final again.