What Makes A Sports Legend? 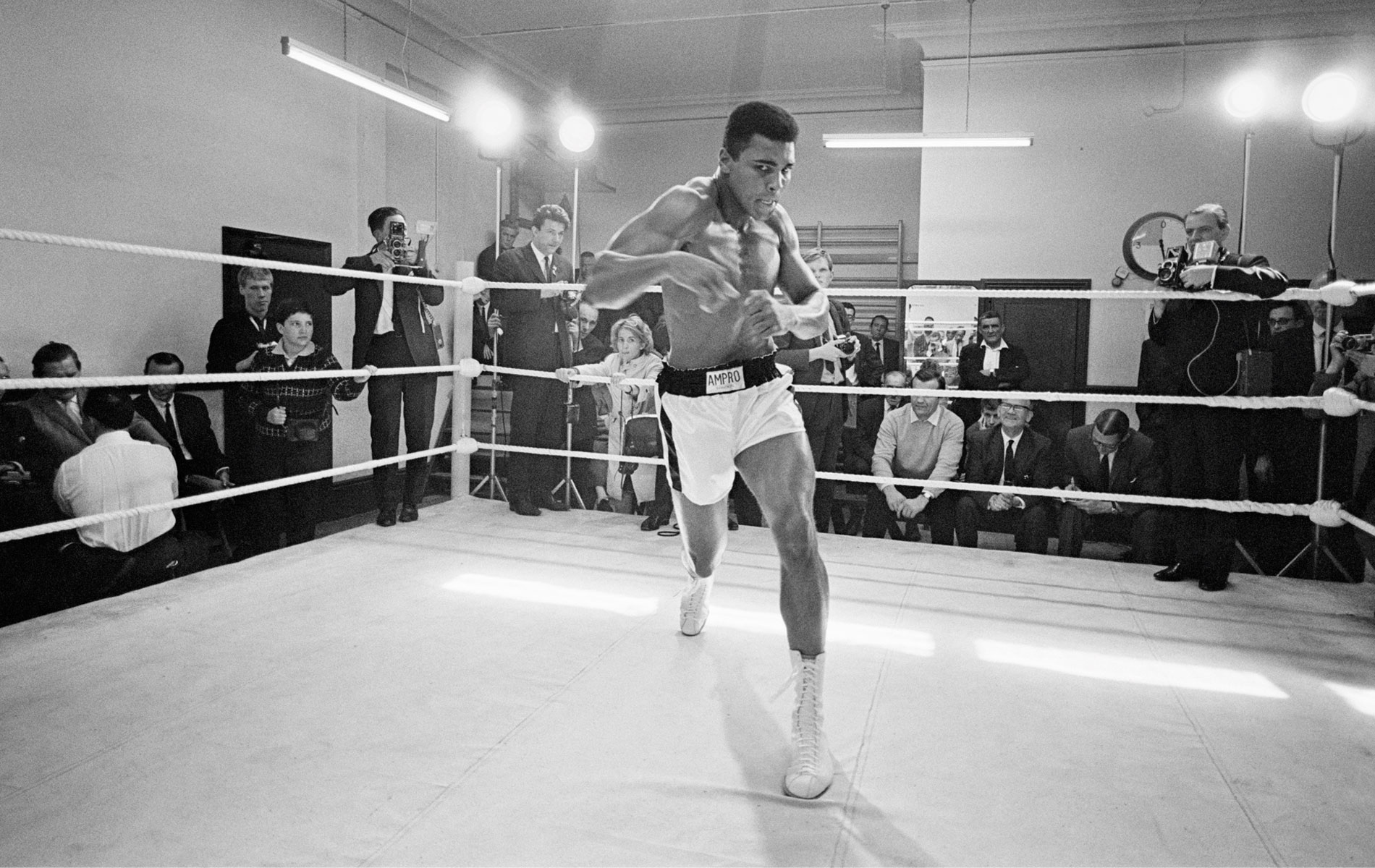 In a refreshing break from seemingly endless headlines of doping scandals and athletes behaving badly, we look at two iconic legends, The Greatest and Mr. Hockey.

What does “iconic” actually mean anymore?

Until recently, the word was rarely used and only to describe someone or something that was seminal, epochal, legendary and original. Nowadays, it seems to apply to middling celebrities, TV shows and products from the past that endure not on merit but simply because they’ve somehow escaped being dumped into our pop culture disposal bin.

But on June 10, on the day that Gordie Howe died and Muhammad Ali was buried, these two legends reminded us of what “iconic” truly means.

Mr. Hockey and The Greatest (even their nicknames were iconic) not only rose to the pinnacle of their sports, but their very styles, personalities and values truly reflected their countries of birth and even their respective generations.

On the ice, Howe did everything very well. He was big, strong, durable, intimidating, skated well and could score—a power forward long before the term even existed. And he had a mean streak that struck fear in the opposition, who became ever vigilant of a crushing elbow to the jaw, cross-check to the back or punch to the head. As great as he was, Howe never had the flash of, say, a Rocket Richard or a Bobby Hull. Instead, he went about his job in workman-like fashion, consistently scoring goals and meting out punishment until he finally retired at age 52.

I remember watching his final year in the NHL when he was playing for the Hartford Whalers alongside two of his sons. At the time, I didn’t think I was watching the greatest hockey player ever (so acknowledged later by Wayne Gretzky) but rather an affable neighbourhood dad out playing shinny with his boys—Mr. Hockey indeed.

Off the ice, he was a warm family man, humble about his achievements and ever dutiful to the Detroit Red Wings management, never publicly complaining that they woefully underpaid him for most of his career. After his career ended, his toughness sustained him as he cared for his wife Colleen in her battle with Pick’s disease (a form of dementia) and, later in life, heroically fought back from multiple strokes. Keep your head down, work hard, stay modest and always remember where your loyalties lie: these were the values of Depression-era Saskatoon and, combined with tremendous on-ice achievements, made him the face of old-time hockey and a god in Canada.

If the cold hardscrabble Prairies of the 1930s could produce a player with qualities like Howe’s, it stands to reason that the sweltering poor U.S. South of the 1940s might churn out a very different sort of athlete. From racially-riven Louisville emerged Cassius Clay, a boisterous, supremely confident fighter who caught everyone off guard—a brilliant athlete with an activist’s conscience.

In 1964, Clay burst on the scene, upsetting then champion Sonny Liston and announcing to the world he was much different than the athletes we’d grown used to, a flashpoint for the changing times. Converting to Islam, he changed his name to Muhammad Ali and began an illustrious boxing career that saw him fight brutal battles against Joe Frazier and George Foreman as well as anyone who wanted a shot—including the granite-jawed Canadian boxer George Chuvalo, a warrior Ali defeated twice but never knocked down. Before the 1966 bout, Ali derisively called Chuvalo a “washerwoman.” Afterwards, he was more complimentary: “He’s the toughest fighter I’ve ever fought.”

Next: “I am the Champion. I am the Greatest. I’m the King of the World!”

Ali’s lightning-quick reflexes, fancy footwork, unorthodox style, intelligence and bravery served him well inside the ring as well as outside, where he defied the “militant Negro” label often stamped on outspoken black athletes. He took centre stage just as the race riots and Vietnam protests were tearing apart the fabric of America. Here was a man who could have just kept his head down, earned his money and still become one of the great boxers in history. Instead, he used his magnetic personality and righteousness to win over the press and broadcast his civil rights and anti-Vietnam War messages.

When he refused induction into the army as a conscientious objector (“I ain’t got no quarrel with the Viet Cong,” he famously said at the time. “No Viet Cong ever called me N*****.”) the courts stripped him of his heavyweight title and suspended him from boxing. But in a display of bravery that would later evince itself in ring battles, Ali declined offers to skip the country and continue his career elsewhere. By not backing down or fleeing, he became a revered figure, one of the few athletes of his day who spoke up to the establishment and demanded to be treated on his own terms.

And when he came back after almost four years of suspension, he went on to win two more heavyweight titles, proving to the boxing world that not only could he float like a butterfly and sting like a bee, but he could also withstand sledgehammer-like blows from the best heavyweights of all time. “Anybody else in the world would have crumbled,” said Foreman, discussing the punches Ali absorbed in the Rumble in the Jungle. “Man, I hit him with punches that’d bring down the walls of a city,” said Frazier, somewhat more poetically, after failing to knock out the Champ in the Thrilla in Manila, perhaps the greatest bout of all time.

As a youngster, I was only dimly aware of Ali’s social causes. For me, he was a great boxer as well as an outrageously colourful and entertaining man, unlike any other sports figure I’d ever seen. But behind all the bluster, one suspected the twinkling eye of an adept showman. Indeed, he capitalized on his stature and turned himself into a brand, which he then used to promote his fights, sell merchandise and get more kids watching his Saturday morning cartoon.

Even when Ali’s career ended with two punishing losses, after which the world learned he was suffering from Parkinson’s, the spotlight never dimmed. If possible, he became even more beloved in later life, reinventing himself as global ambassador for peace and humanity. When his trembling hands lit the flame at the Atlanta Olympics, Ali looked down on the roaring crowd—it felt like a deification ceremony.

“I am the Champion. I am the Greatest. I’m the King of the World,” Ali screamed after he beat Liston in ’64. The fact that it’s impossible to imagine Howe ever saying anything remotely like this highlights the sharp distinction between the two. That kind of bravado wasn’t Howe and wouldn’t have gone over well in Canada. But in the U.S., they admire this kind of swagger, provided you can back it up, which Ali certainly did.

As different as they were in life, in death they’ve become eternally linked. Like Babe Ruth in baseball, Jim Brown in football, Michael Jordan in basketball, Pelé in soccer and a handful of other legendary names, both Howe and Ali have become symbols of their sports. It’s why if you ask older fans the first name that comes to mind when they think about hockey, it’s invariably Gordie Howe. The same question to boxing fans of a later generation, they’ll likely pick Muhammad Ali.

Two once-in-a-generation athletes who defined their sports and reached the pantheon of athletic achievement—you really can’t get more iconic than that.

A version of this article appeared in the September 2016 issue with the headline, “The Fighters,” p. 76-79.