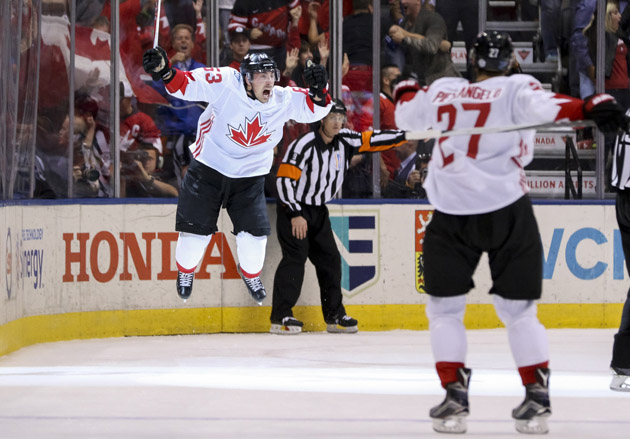 Team Canada continues its domination of international hockey, as the Sidney Crosby-led side defeated the plucky Team Europe 2-1 on Thursday, to win the World Cup of Hockey.

This game was anything but a walkover, as most Canadian fans and media had expected. In fact, the European side, comprised of journey-men hockey players from an assortment of non-hockey powers, clung to a surprising 1-0 lead late into the third period, with the Canadians struggling all night with egregious turnovers and sloppy play. It was only through Carey Price’s stellar goaltending that kept the game close.

However, you can’t keep a team loaded with such incredible star power off the scoresheet forever. A power-play goal by Patrice Bergeron late in the game knotted the score at one and, two minutes later, Brad Marchand potted the winner on a beautiful pass from Jonathan Toews.

Canada still had to kill off a penalty but with the way Price was playing, the result was almost a foregone conclusion. “Just crazy the way everything worked out,” said a relieved Sidney Crosby, who was named tournament MVP.

Although Team Canada won every game they played, reporters asked coach Mike Babcock to explain why his heavily favoured side had such difficulty putting away Team Europe. “The perception is that we’re miles better than everyone else. I think our country’s deeper, but you only get to play five guys at a time.”

The core of this team, which has been together since capturing the gold medal at the 2010 Vancouver Olympics, has put together an amazing streak of dominance, with 16 consecutive wins against the world’s best in international play.