From Walk-Off Homers To Flying Beer Cans, The Jays Victory Had It All 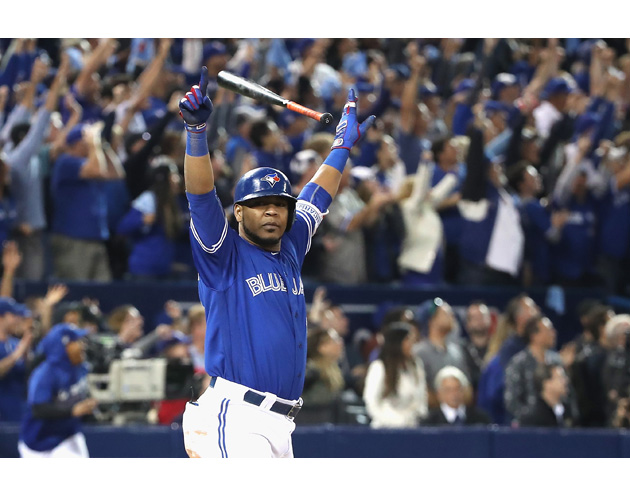 The Toronto Blue Jays put the “wild” in wild-card game last night, with an epic win over the Baltimore Orioles. In case you missed it, or just want to relive the moments, here’s a quick recap.

The big boys brought their bats: Last night was the first game in awhile that all three stars—Josh Donaldson, Jose Bautista and Edwin Encarnacion—provided the offensive punch. Bautista gave the Jays an early lead with a one-run blast. Donaldson sparked the victory with a hit in the 11th and Encarnacion produced the loudest swing of all, a three-run, walk-off blast to propel the Jays into a playoff series against the Texas Rangers.

Pitching, pitching and more pitching: Although there was some controversy over Marcus Stroman starting the game, he pitched well enough through six innings, yielding only four hits and two runs. But it was the bullpen that really won the game, five pitchers over five innings—and not one of them gave up a hit.

Crazy beer-throwing fans: The fans were tremendously loud all night, especially so after Encarnacion’s belt over the wall. However, some possibly lubricated fan got a bit carried away, throwing a beer can at Orioles’ leftfielder Hyun Soo Kim as he went back on a fly ball.

The incident was eerily similar to what happened to Rocket Ismail during his kick-off return in the 1991 Grey Cup game.

Is Roberto Osuna’s shoulder OK? The standout reliever left the game with shoulder tightness in the 10th inning. Right now it doesn’t look like it will stop Osuna from pitching against the Rangers, at least according to manager John Gibbons: “It wasn’t a big deal.”

Up next? The Jays will fly to Texas for a Thursday (4:30 pm) game against the Rangers, a rematch from last year’s exciting five-game series, memorable for Jose Bautista’s obnoxious bat-flip. The Rangers and Jays had a few dust-ups this year, including this Rougned Odor retribution for Bautista’s bat-flip antics. Should be fun.