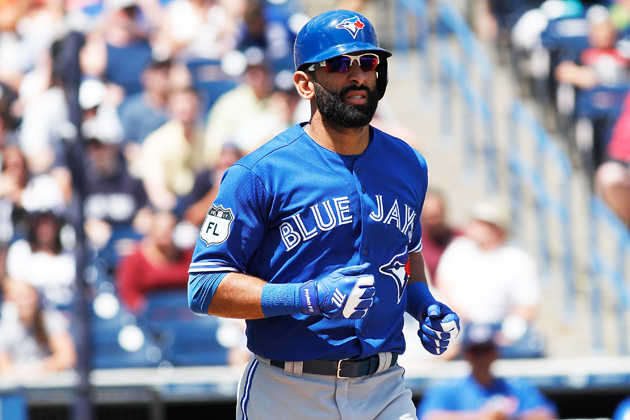 The Toronto Blue Jays open up their 2017 baseball season with high hopes: Armed with one of the best pitching staffs in baseball to go along with a couple of new bats and the standout stars from previous years, it’s World Series or bust for Canada’s favourite baseball team.

While the players have had a full spring training to prepare them for opening day, fans might find themselves a bit rusty on how to respond to this year’s team.

Here, a quick primer for the two most common types of supporters—the optimistic fan versus the I-Told-You-So fan:

The Optimistic Fan: When newly-acquired designated hitter Kendrys Morales hits a home run, turn to the nearest fan and exalt that we don’t need the departed Edwin Encarnacion after all.

The I-Told-You-So fan: When Morales strikes out, tell everyone how you knew management blew it when they failed to sign Edwin.

The Optimist: When Jose Bautista jogs out to right field, note how great he looks this year after an injury-plagued 2016.

I Told You So: When he misplays a fly ball in right, bemoan how old he looks and how quickly he’s declining.

The Optimist: When Russell Martin throws out a runner at second, proudly exclaim that he’s the greatest Canadian catcher ever to play in the majors.

I Told You So: When he strikes out with two men on and one out, grouse that if he was really so Canadian, why didn’t he play for us in the World Baseball Championship?

The Optimist: When third baseman Josh Donaldson scorches a liner for a double, note how he stays on the ball as well as anyone in the majors.

I Told You So: When the inning ends without him scoring, belly ache that a homerun would have been much nicer than a double.

The Optimist: When centre fielder Kevin Pillar dives to make one of his highlight-reel catches in centre field, shake your head at his amazing defensive skills.

I Told You So: When he flails meekly at a 1-2 slider that’s way outside, shake your fist at his atrocious batting skills.

The Optimist: When pitcher Marco Estrada makes a hitter look foolish, expertly note that he has one of the best change-ups in the game.

I Told You So: When the next hitter blasts a homer into the fifth deck, sheepishly admit that he also has one of the worst fastballs in the game.

The Optimist: When manager John Gibbons comes out to yank a starter in the sixth inning, note how he’s become a skilled game manager who’s not afraid to make a bold move.

I Told You So: When the reliever allows three runs to score, make sure to say: “Cito never would have pulled him that early.”

The Optimist: If you’re at the stadium, remark how nice it is to see so many young people having fun.

I Told You So: When they start throwing beer and running on to the field, write the whole younger generation off as a bunch of annoying, drunken idiots.

The Optimist: When the Blue Jays win the American League Championship Series, celebrate with the rest of Canada.

I Told You So: When they lose in the World Series, immediately call into a sports radio show and demand that they blow the team up.