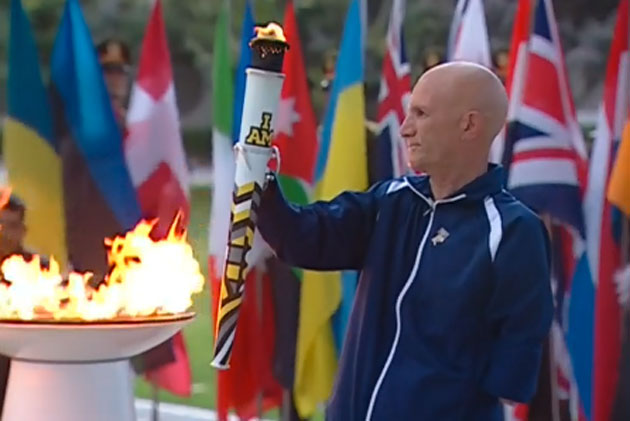 The 2017 Invictus Games Spirit Flame was lit at a ceremony in Kabul, Afghanistan.

The Invictus Games Spirit Flame was lit at the Afghan presidential palace in Kabul, Afghanistan on Wednesday.

The torch was passed from Afghan veteran Maj. Ahmad Shah to Canadian veteran Jody Mitic, the official ambassador of the 2017 Invictus games.

“It makes sense that the Invictus Spirit Flame would be lit in Kabul,” Mitic explained in a news release. “After all, this is where the lives of so many Canadian soldiers changed dramatically.”

The Invictus Games will begin on Sept. 23 in Toronto and will feature 550 ill, injured and wounded servicemen and woman from 17 countries competing in 12 adaptive sports.