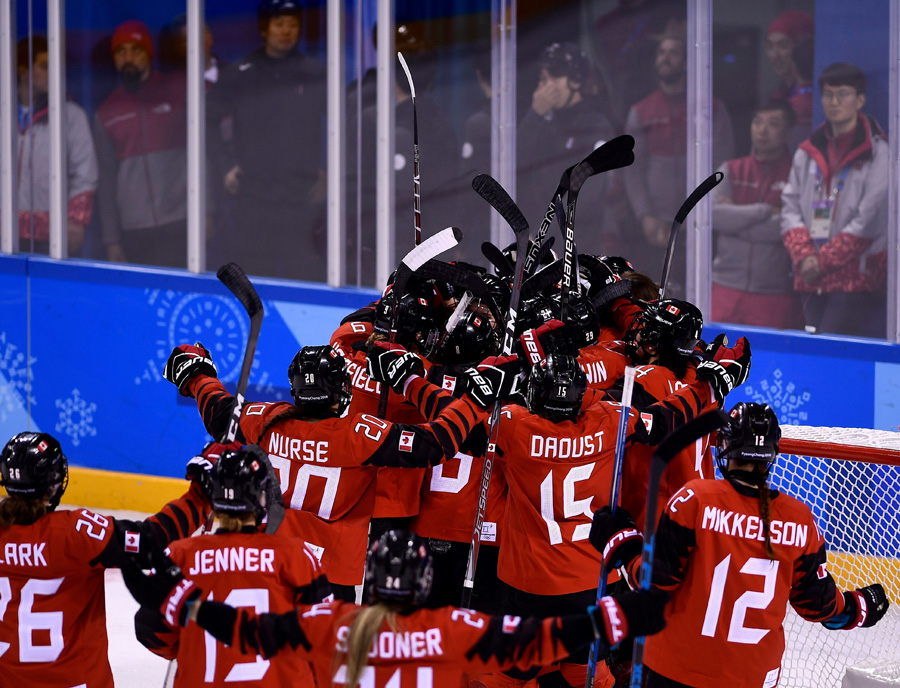 In a tense game that went right down to the final buzzer, the Canadian women’s hockey team fended off the U.S. to win 2-1 – it’s 23rd consecutive Olympic hockey game victory. Canada last lost an Olympic game 20 years ago at the 1998 Nagano Olympics.

The Canadian women were lucky to escape with the win. They somehow managed to defeat its heated rival despite giving up a penalty shot and somehow escaping numerous scoring opportunities and disallowed goals that went against the U.S.

After a mad scramble to end the game, frustrations boiled over and there was a minor scuffle before the teams left the ice. The two sides clearly do not like each other. They have they played so many matches against each other that pushing and shoving breaks out from time to time. Because it was a preliminary round game, the U.S. remains alive after the loss. Both sides will likely face each other in the gold medal match on Feb. 21.

Meghan Agosta, who scored the opening goal (her 16th  goal at the Olympics), told CBC she was relieved to escape with a win. “I thought it was a great game Do I think we have a lot more to give? Definitely. But we did some great things out there.”