Put Your Sticks Out: Why the Humboldt Broncos Tragedy Resonates So Deeply 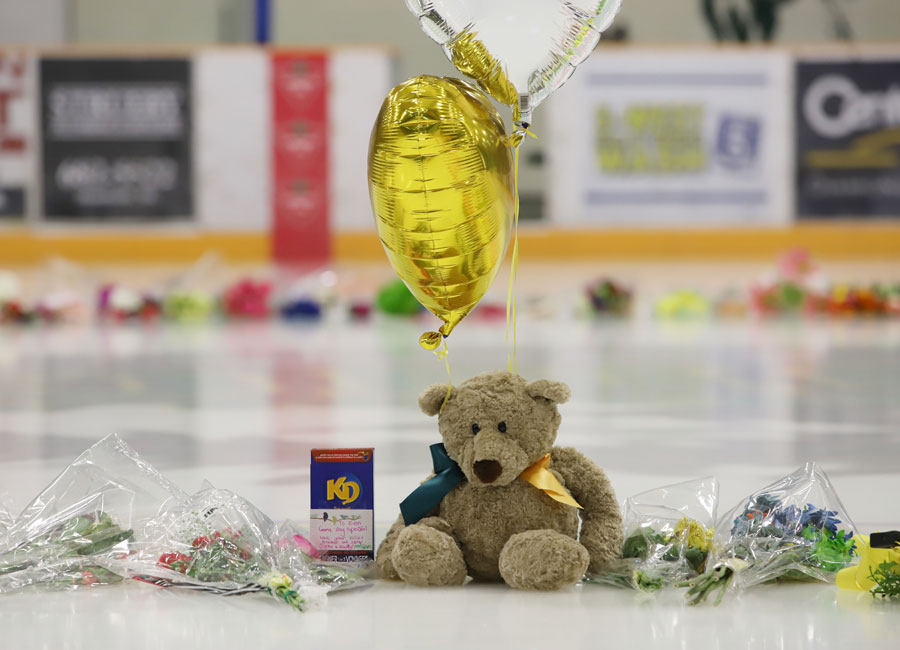 As the small Saskatchewan community of Humboldt mourned the departed members of its Bronco hockey team, the rest of Canada watched helplessly, trying to understand the devastating impact this kind of event has on a family and community.

We all can understand such a tragedy. But those who have – or had – children play organized hockey might gain a deeper insight into what the grieving families are going through.

Because when I look at the faces of those youngsters who died in the bus crash, I recognize that of my own hockey-playing son and the rest of the young boys who comprise his team.

While my son might not hail from Humboldt, Tisdale, Monmartre, Strasbourg or Carrot River or any of the small Saskatchewan communities that produced members of the Broncos, he and his teammates share a look that’s common among teenage hockey players across the nation.

It’s a (peculiarly Canadian) expression that all at once conveys the potential of youth, the recklessness of hockey, the comfort of being part of a team, the ripening physical prowess, the anticipation of victory and the potential for the future.

It’s a look of dawning self-awareness tempered by youthful apprehension.

It’s the audacious confidence of a skilled teenage hockey player contrasted with the awkward fragility of a not fully formed man.

It evokes the carefree, jovial mischievous spirit of adolescence mixed with the mental and physical discipline of a well-trained athlete.

It somehow channels all the optimism of looking forward with all the nostalgia of looking backward, the knowledge that their playing days are drawing to an end but clinging to a game they’ve been playing forever.

It’s a look that contains many youthful emotions – all of them confusing and contrasting – that captures the moment in life where all the hard work and potential finally bears fruit, the time when they finally begin to understand what it takes to be an excellent hockey player but also, more importantly, an exceptional human being.

At the memorial service in Humboltd, you could also pick out the hockey parents right away.

It was easy to detect the dads, stoic and dumbstruck by grief. Written on their faces were the years spent teaching their children to skate, driving them all over the province to far-flung games and watching in cold arenas at ungodly hours drinking endless gallons of awful coffee. They coached and cheered and cajoled these boys to attain a level they’d never been able to reach themselves. Now they were left to contemplate life without their hockey-playing boys.

Most heartbreaking, though, were the bereaved moms. They’re the ones who managed their boys’ teams, took in billets, organized fundraisers, clanged their cow bells, held their breath when play got rough, prayed silently when their boy got hurt, and somehow kept the household running while letting their sons chase their dreams.

These mothers and fathers were obviously remembering the journey, their child starting out as a wobbly skating six-year-old as they developed the confidence, strength and skill to play top-level hockey.

All that love and pride they’d invested in their young boys. And then it was all suddenly taken away.

How does one make sense of this tragedy?

Perhaps we should take the advice of a man who’s shared more time with hockey parents than any person who ever lived. As Don Cherry said on Coach’s Corner this weekend:

“Let’s have a little prayer for them.”