Vintage Performance at British Open Shows Tiger Woods is Back 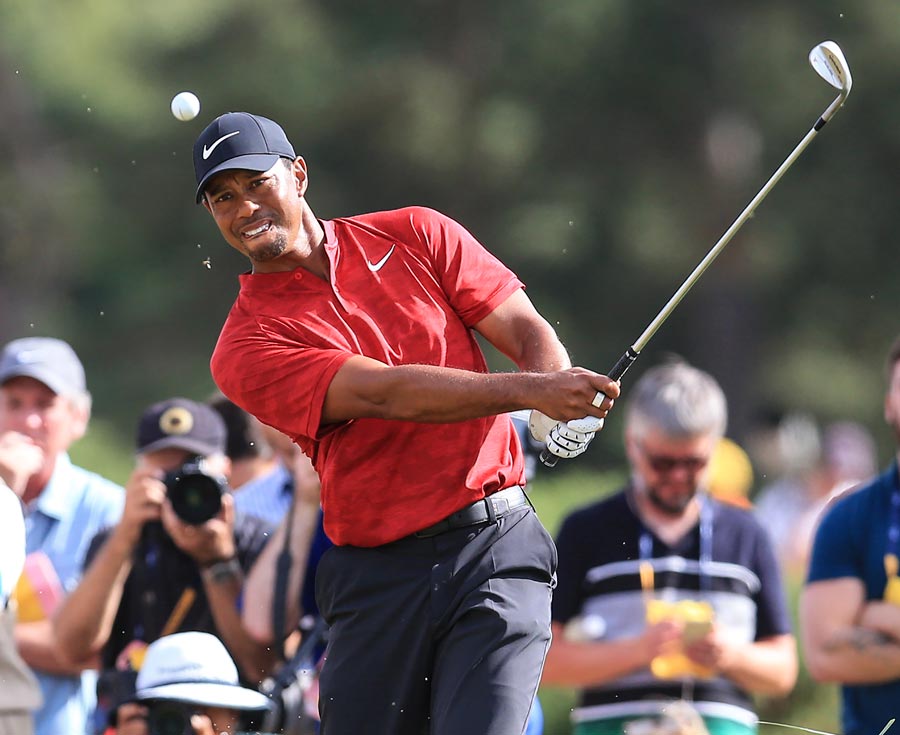 Tiger Woods contended all weekend at the British Open, alerting fans that the golf legend may be back. Photo: David Blunsden/Action Plus via Getty Images.

Tiger Woods is back.

Although the 42-year-old golf legend came up just short in his bid to win the British Open this weekend on the legendary links of Carnoustie, Scotland, it showed fans definitively that Woods is once again a force to be reckoned with.

Although Italian golfer Francesco Molinari eventually won the 147th British Open, all eyes were on Tiger as he stalked the course in his trademark fashion. The crowd, sensing something historical was happening, flocked around Tiger as he was in contention on the Sunday of a Major for the first time since 2009.

When his career flamed out in a much-publicized 2009 scandal as well as numerous back surgeries, Woods appeared to be too emotionally drained and physically hobbled to catch Jack Nicklaus’ record of 18 Majors.

But at Carnoustie this weekend, the quest seemed very much alive.

After a miraculous bunker shot saw him save par on the 10th hole, Tiger was actually in the lead. And the noise level grew greater — even watching the telecast you could feel the fans’ growing anticipation. The Tiger watch was on and every other golfer took a back seat.

Unfortunately, the lead was short-lived. After finding the rough on 11, Tiger flubbed his chip, eventually settling for a double bogey. He followed that with a bogey 12 and, with his playing partner Molinari sinking par putt after par putt, he saw his chances slip away. On the final hole, Molinari sank a birdie finishing at -8, while Woods hit par, capping of his wonderful showing with a -5, tying him for sixth place with three other golfers.

While finishing sixth ahead of the world’s top golfers is nothing to be ashamed about, Tiger desperately wanted to lift the Claret Jug. “I had a chance starting that back nine to do something, and I didn’t do it,” he told reporters.

But at the same time, he realized the importance of his accomplishment. “At the beginning of the year, if they’d said you’re playing The Open Championship, I would have said I’d be very lucky to do that.”

Back in April, before the Masters, he told Golf Digest that he was feeling great and it was “just a matter of now going out there and competing and playing and posting numbers.”

Now that he’s finally “posting numbers,” are we to assume that he’s once again a threat every time he picks up a club?

Lost in the Tiger frenzy was the age-defying accomplishment of German golfer Bernhard Langer. The 60-year-old, who plays mostly seniors events, showed his craftsmanship at links play, finishing the Open at -1, tied for 24th