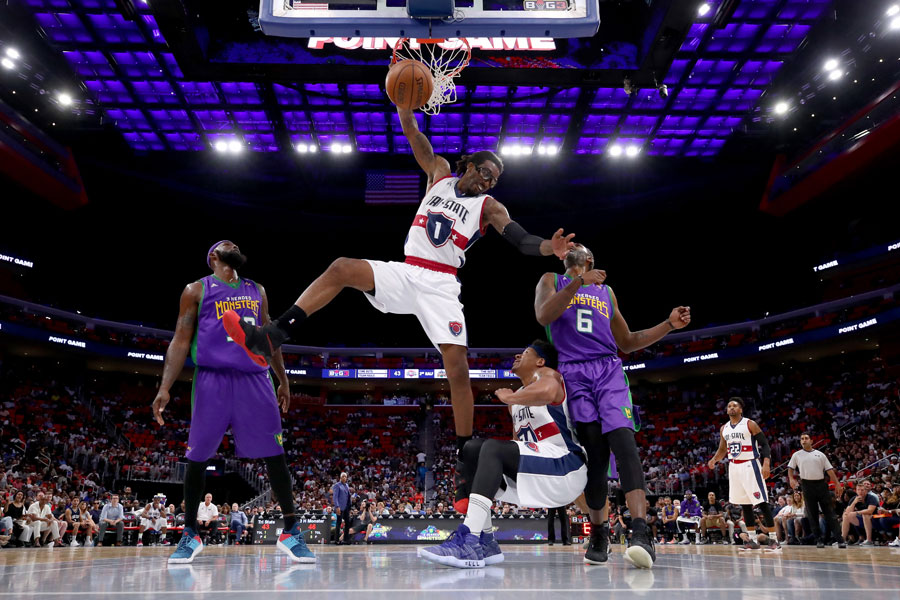 Ice Cube’s Big3 will make its first stop outside of the U.S in Toronto on this Friday.

The Big3 basketball league is making its first Canadian stop in Toronto on July 27, where fans will get a chance to see some of their favourite retired NBA players lace up again for some three-on-three basketball.

The league, which is the brainchild of rapper-actor Ice Cube, features four games involving all eight teams in each arena they visit.

Among the Big3 players visiting Scotiabank Arena on Friday will be some familiar Raptors players including Jermaine O’Neal, Chauncey Billips and fan favourite Reggie Evans.

Billips, 41, who retired from the NBA in 2014 due to knee problems, says the league allows him to continue to do what he loves.

“I love everything about it. Some say it’s half-court, 3-on-3 basketball and we all old. But I say this all the time, guys like myself, we didn’t retire because we lost the love of basketball or to compete,” he told M Live. “We were fortunate enough to play long enough that those miles start to catch up to you and the league gets younger and the kids come in bigger, faster, stronger so you can’t compete at the level you once did. Which is why I think this opportunity is amazing. It’s all guys that played in the generation I did that still get out there, play, bump and grind. To get out there and do it again in a competitive fashion in 3-on-3 is nice.”

In addition to the lure of NBA nostalgia, the league offers a few rule changes to push the pace of the half-court game, which include a 14-second shot clock instead of the NBA’s 25 and the addition of a 4-point shot.

And if the entertainment value is any less than that of an NBA game at least it’s reflected in the price. When last checked, tickets for lower bowl seats were going for $43.

The Big3 games in Toronto will be held at the Scotiabank Arena on Friday, July 27 at 7:00 pm.