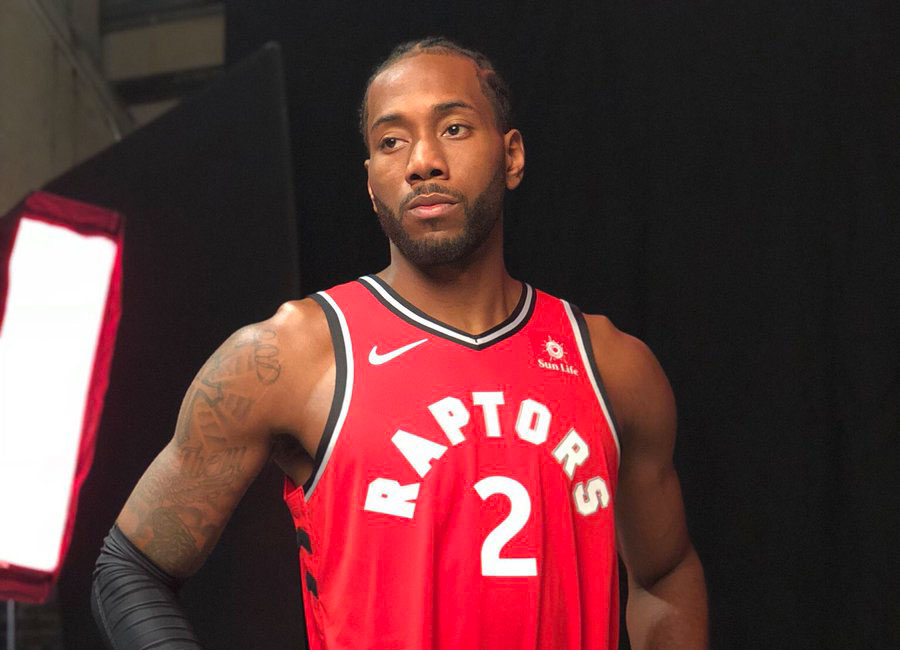 Kawhi Leonard, who’s notoriously standoffish with the media, finally made his first public appearance on as a member of the Toronto Raptors at the team’s media day on Monday after an introductory press conference was cancelled due to scheduling conflicts on Sept. 21.

It’s also Leanard’s first public appearance since March, when he was caught in the middle of a disagreement between San Antonio’s medical staff and his own personal medical team, which saw the franchise player miss all but nine games last season.

Clad in Raptors’ red, he also said he was excited to be joined by his San Antonio teammate, Danny Green, who was included in the blockbuster trade that shipped beloved franchise player DeMar DeRozan to San Antonio along with Yacob Poeltl and a 2019 draft pick.

Looming large over the presser, however, were concerns that Leonard might leave for his desired destination of Los Angeles next offseason when he hits free agency. While Leonard said little to alleviate those concerns, he assured the Toronto faithful that he would put his all into the upcoming season and seemed almost philosophical in addressing his future with the franchise.

“I look at it as a day-to-day process,” he said. “If you look into the future, you’ll trip over the present.”

Contrary to his reputation, Leonard seem to have more of personality than advertised. After one question, he joked that he didn’t know which reporter the question had come from and even let out a chuckle.

But even as they witnessed a rare jovial Kawhi Leanard, inquiries from the media continued to centre around the collective fear that Kawhi— like other big names — would leave Toronto as soon as he could.

By the end of the presser Raptors president Masai Ujiri had had enough.

“Guys, the narrative of not wanting to come to Toronto is over, that’s old,” he said amidst an enthusiastic applause from fans who were in attendance.  “Believe in your city, believe in yourselves.”