Wine and the Changing Climate 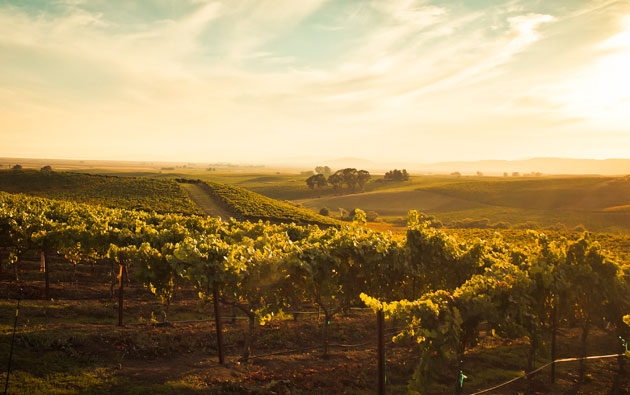 Up until a few years ago, climate change was the wine world’s dirty little secret. Much discussed among winemakers witnessing dramatic changes in their vineyards — such as earlier harvest times and rising sugar levels in grapes — but hardly a topic of conversation at the consumer level.

Now the issue is bubbling up. Decanter magazine surveyed global winemakers in 2015, with over half saying they were feeling the effects of climate change. How winemakers deal with these changes have serious implications for the wine world.

Researchers have suggested that 50 years from now Burgundy, Bordeaux and Tuscany will no longer be suitable habitats for the grape varieties that have grown there for millennia — the very grapes that make these wines so highly regarded.

“In many of today’s warmer regions, the future climates will be challenging for optimum grape growth and wine production,” states industry bible The Oxford Companion to Wine. Dr. Gregory Jones, who wrote the Oxford entry on climate change, said in an interview that wine grapes and other specialty crops like cacao, coffee and olives have very narrow “climate niches.”

“Small changes can push them over the edge,” he said. “Specific grapes like Pinot Noir and Chardonnay are suited to cool climate environments, so their climate niches are extremely narrow in terms of temperature. Small changes in climate mean big changes either in the suitability of growing that grape or the type of wines that can be made from that grape.”

The precious balance of flavour, acidity, alcohol, sugar and tannin that mark a truly fine wine is becoming harder to achieve in the storied wine regions of the world. At the mass-market level, wine brands are trying to turn a liability into a selling point, touting wines as “bold in character,” “big and fruity,” and “full of flavour.” Critics might call them baked, jammy or hot. But these styles seem to be here to stay — at least in warm (or warming up) regions.

Vineyard and winemaking techniques can try to counter nature. Specialty yeasts can ferment wines to lower alcohol levels and winemakers can add acidity or water to deal with too much sugar. “Go back 20 or 30 years ago,” said Dr. Jones, “and there were no companies in California that removed alcohol from wine. Today there are 50 of them.”

Purists argue that these interventions negate the authenticity of a region’s terroir and that these techniques cannot produce truly fine wines.

Climate change’s dangerous effects are about more than heat. Freakish weather patters — drought in California, record-breaking temperatures in Oregon and Washington, and hail assaults in Burgundy and Bordeaux — are increasing torments. California’s Jackson Family Estates is tackling drought head on with award-winning sustainability practices at their 40-plus premium wineries, including at Monterey, above. Heat and drought are expected to reduce California’s wine output by up to 70% by 2050. New vine plantings with deeper root systems, for example, can extend the viability of marginal areas. Meantime, the company is buying vineyards in cooler regions of Oregon, acknowledging that heading north is just part of the new world wine order.

In formerly outlying regions such as Tasmania, Britain, and even Scandanavian countries and parts of China, the crafting of high quality wines is now — or soon will be — entirely possible. English wines won an unprecedented 120 medals at the International Wine Challenge in 2016, with sparkling wines leading the way.

Along Canada’s Bay of Fundy, where the notion of quality winemaking would have met with smirks just 20 years ago, the Benjamin Bridge winery is raising eyebrows with its Champagne-like sparkling wines at prices ranging from $45 to more than $100. In Ontario, Norman Hardie’s wine from the county of Prince Edward have been heralded by global wine critics as Burgundy’s second coming. There, on the shores of Lake Ontario, it used to be common practice to bury the vines during the winter to prevent freezing. Those days may be over. In late 2015 in New York City, Okanagan winery owner Anthony von Mandl launched his new line of CheckMate wines, ultra-premium Chardonnays showcasing the region’s potential. Made in tiny quantities — just a few hundred cases or less of each — the wines sell for $85 to $125.

Von Mandl has seen the Okanagan’s star rising for some time. He owns Mission Hill, one of B.C.’s best-known wineries. Mission Hill surprised the wine cognoscenti in 1994 by winning the prestigious award for best Chardonnay in the world at the International Wine and Spirits Competition in London. Winemaker Phil McGahan joined CheckMate after making high-end wines in his native Australia. He then took off for California in 2007 due to heat extremes in Australia’s Hunter Valley. But after a few years in drought-battered California, he moved on. He calls the Okanagan’s cool and stable climate “a magical zone for Chardonnay.”

“The Okanagan is still a young region but everyone knows the potential is there,” he says. “And now there are people really exploring that potential and driving it to the next level.”

Just how far that next level may rise may be wholly up to Mother Nature. But for now in Canada and other emerging wine regions, staying cool is paying off.