How Plant-Based Diets Have Evolved, Plus a Recipe for Tarte Tatin to Get You Started 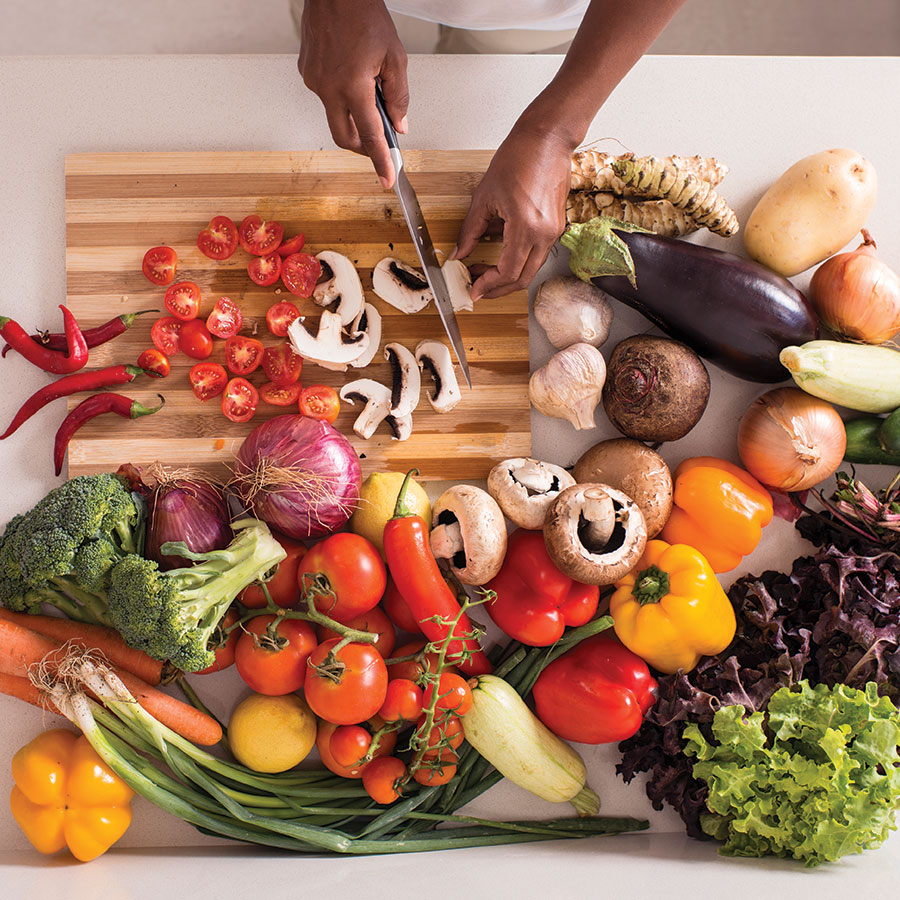 We hate to break it to you, meat eaters, but the plant-based diet is officially mainstream and for all sorts of compelling reasons that simply cannot be dismissed as fringe.

Even those who care not one whit about the abject cruelty of factory farming — or more likely, elect to ignore it — cannot argue in favour of its frightful impact on climate change. Add in the proven health benefits of consuming less saturated fats, and you’re off to the races — even if your definition of plant-based means less meat, not no meat (though ideally, ethically sourced even if it’s pricier).

Here’s another convincing argument for adopting a plant-based diet: they don’t suck. Dazzling innovations by chefs, cookbook authors and faux meat and cheese producers have raised the tofu-and-seitan game to elite levels.

Witness famed French chef Éric Ripert, who made his name preparing seafood but last year released Vegetable Simple, a cookbook treating the preparation and presentation of portobello mushrooms, potatoes, and asparagus “with the same level of care” as fish.

“My intention,” Ripert writes in his introduction, “is not to … impose any judgments on your eating habits, but to inspire you to cook and enjoy delicious, simply prepared vegetables knowing that, ultimately, this benefits the well-being of all.”

And inspire us he does with recipes that are, for the most part, absurdly easy as advertised yet exalted on the plate. Take his Grated Carrot Salad, which calls for two large carrots, fine sea salt and freshly ground white pepper, juice of one lemon, and three tablespoons extra-virgin olive oil. Oh, and a box grater to grate the carrots. That’s it.

Too simple to be grand? Think again. “The lemon and olive oil bring out the sweetness of the carrots,” Ripert writes, and he’s not kidding. Other recipes in the book do require cooking and are more complex, but Grated Carrot Salad is a telling baseline of how easy great success with vegetables can be.

At the other end of the spectrum is the loose-limbed but wildly entertaining and profane Bad Manners (formerly Thug Kitchen) series, which regards meat eating as lazy and unimaginative while offering unerringly ace vegan recipes, despite its somewhat controversial language.

Bad Manners books also offer… let’s call it vegan wisdom wrapped in snappy ripostes that many will find quotable, and most will find amusing. “’Ahhh, vegan food is so bland, I hate it,’” the authors intone in 2015’s Party Grub edition. “Know what else is bland? Under-seasoned food.

“Don’t blame plants because some people don’t know how to cook them or use spices. Herbs, spices, hot sauce, BBQ sauce and marinara are almost always vegan, so people should rethink where to place the blame for flavourless food.” Well, touché.

As it happens, February is International Vegan Cuisine Month, launched (when exactly is stubbornly unclear) by the American Vegan Society “to help bring awareness to how easy it can be for people to switch from eating meat to eating only plants.” Truly, there’s never been a better time to shop the produce aisle and experiment in the kitchen.

The kitchen is where Joe Frey finds himself most days. And because his kitchen is inside Massey College, the graduate residential college at the University of Toronto, Frey — who is head chef there — has a clear view of the food choices being made by the young, educated, influential people queuing up to run the world.

“Every fall, there’s turnover of new graduate students, most in their early- to mid-20s,” he says. “Over the last few years, we’ve seen greater demand for vegetarian options, for religious reasons, being raised in families who forgo meat, environmental and animal cruelty concerns, and so on.

“Back in my early restaurant days, if a client requested vegetarian, out would come the pasta or maybe risotto,” says Frey, 64. “Chefs can’t get away with that anymore. A lot of younger chefs have incorporated creative and tasty veg options into their menus because they enjoy it. We have also recently devoted one day a week to meatless cuisine.”

Scroll down for Frey’s yum recipe for Caramelized Endive and Goat Cheese Tarte Tatin, which he offers in both vegetarian (with dairy) and vegan (without) form and recommends pairing with an unoaked Chardonnay, such as the 2020 vintage Fielding Estate Winery from Niagara.

Speaking of wine, remember that not all wines are vegan; some are made using animal by-products such as casein (milk protein) and egg albumen (derived from egg whites) as filtering or “fining agents.”

Luckily, vegan wines are almost always labelled as such, are typically no more expensive, and are widely produced in Ontario and B.C., as well as globally (including the Fielding Estate Chardonnay mentioned above).

Anyone still on the fence about food choices, and why plant-based options really are the way to go — at least some of the time — are advised to visit the local library. Famed American food journalist, author, and former New York Times columnist Mark Bittman’s 2021 book, Animal, Vegetable, Junk: A History of Food, from Sustainable to Suicidal, makes a persuasive case for rethinking our relationship to all foods, but especially animal-derived ones.

See also French author Bill François’ lyrical Eloquence of the Sardine: Extraordinary Encounters Beneath the Sea, also from 2021, which chronicles the rarely considered but incredibly vibrant lives of sea creatures in a way that will delight all but the most cynical. And maybe — just maybe — make you not want to eat them.

Preheat the oven to 350 F. In a 12-inch ovenproof skillet, melt the butter (or heat the canola oil). Add the endives, cut sides down, and cook over moderately high heat until sizzling. Cook until browned, cover and transfer to the oven and bake for 15 minutes or until slightly soft. Remove and drizzle the honey (or maple syrup) over the endives. Place the crumbled goat cheese (or vegan cashew cheese) between the endives. Increase the oven temperature to 410 F.

On a lightly floured work surface, roll the pastry out to a 12-inch round, about 1/4 inch thick. Lay the pastry over the endives in the skillet. Trim any overhang and tuck in the edges of the pastry. Use egg wash or soy milk to brush the top of the pastry. Bake in the upper third of the oven for about 35 minutes, until the pastry is richly browned and crisp.

Set the skillet over high heat for just a few seconds and shake gently to loosen the endives. Set a large plate upside-down on top of the pan, then carefully invert the tarte onto the plate. Let cool slightly, then cut into wedges and serve warm.