Unlocking the Secrets (and Benefits) of Maple Syrup, One Molecule at a Time 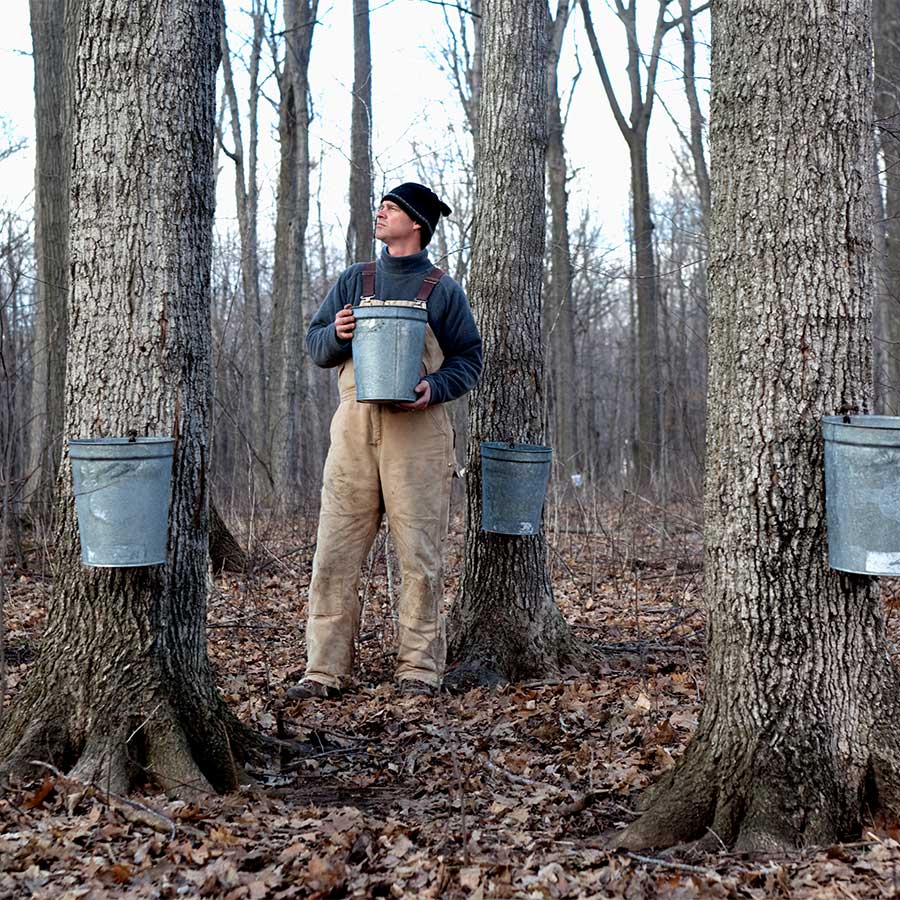 Nature conceals a phenomenal number of molecules as varied as they are imperceptible. The plant kingdom is particularly chemically complex.

Plant evolution has taken place over hundreds of millions of years, giving plants the ability to respond to various environmental stresses and threats. Several species have developed an arsenal of molecules allowing them to adapt and to protect themselves against competitors and predators. Some of these molecules also have health benefits for the animals that consume them.

Advances in food science over recent decades show that many plants provide a wealth of benefits that, until recently, were largely unknown. Taken together, these discoveries support more than ever the fact that a varied and balanced diet offers benefits that go beyond simple energy intake. As a result, consumer demand for plant-based foods with higher nutritional value is currently at record highs. This trend has yet to run out of steam. At the same time, sugary foods are increasingly marginalized and categorized as unhealthy.

But in the realm of sweets, maple syrup is finally claiming its rightful place! Maple syrup is no longer only the jewel of Canada’s culinary heritage, its nutritional reputation is also improving. Because of its unique natural source and manufacturing process, maple syrup contains bioactive molecules whose benefits go far beyond the simple pleasure of a sweet treat.

Benefits That Go Beyond Energy Intake

In eastern Canada, March and April herald maple sugaring time. Higher temperatures cause maple trees to convert their energy reserves (stored as complex carbohydrates) into soluble sugars that mix with the water in the tree. Producers collect the flavoured sap by drilling holes in the trees.

The sap is approximately 98 per cent water, and it takes about 40 litres of this maple water to generate one litre of syrup. During this concentration process, the levels of sugars and nutrients increase substantially. The high temperature that comes from boiling the sap causes a series of chemical reactions as the excess water evaporates.

The main components of maple syrup are sucrose and water. Glucose and fructose also contribute to the sweet taste of the syrup, but to a lesser extent. While these three simple carbohydrates are sources of energy, maple syrup is also an excellent source of manganese and riboflavin (vitamin B2), as well as a significant source of other vitamins and minerals (zinc, potassium, calcium and magnesium).

The composition of phenolic compounds of maple syrup is even more impressive. Since the beginning of the 20th century, researchers have discovered more than 100 of these molecules in plants. Many of them are antioxidants, and contribute to the taste, aroma, colour of maple syrup. They are primarily responsible for its recent superfood status.

One of the most promising phenolic components (in terms of biological activities) is a molecule found nowhere other than in Canada’s most famous product.

A Molecule Worthy of National Pride

Quebecol — named after the province where the majority of the world’s maple syrup production originates — is a polyphenolic compound (carrying several phenol groups), first isolated in 2011 by a team led by Navindra Seeram at the University of Rhode Island. This compound is so exclusive to maple syrup that it is not even present in raw maple sap! Rather, current knowledge suggests that it is the product of chemical reactions that occur during the transformation of sap into syrup.

Early laboratory studies, quebecol inhibited cell proliferation of breast cancer and colon cancer cells. But only a small quantity of polyphenol could be isolated, and these tests didn’t go beyond the preliminary stage. More than 20 litres of maple syrup is needed to isolate less than a milligram of quebecol.

Judging that this syrup would be of better use in kitchens than in laboratories, Normand Voyer, a chemistry professor at Laval University, and I (Sébastien) decided to tackle this supply problem. When I was a PhD candidate in 2013, we published a chemical synthesis pathway to build this natural molecule much more efficiently in the laboratory from simple precursors. As this work made quebecol much more accessible, the investigation of its properties continued and deepened.

In particular, Normand Voyer, Daniel Grenier and their teams, in the faculty of dentistry of Laval University, published two studies demonstrating the molecule’s anti-inflammatory properties. This research also made it possible to determine the active portion of the molecular structure.

Our 2021 study showed that quebecol’s anti-inflammatory properties may benefit periodontal disease, a severe infection of the gums. We expect additional studies to be published this year, including one showing that quebecol might help with the treatment of a skin condition.

Although the evidence of biological activity of quebecol has been limited to in vitro experiments, these results certainly encourage further study in more complex systems. It is also important to note that the results came from using the isolated pure molecule.

These studies do not propose using pure maple syrup as a medicinal agent against different conditions. Given the quantity of maple syrup one would have to eat to get the necessary dose of quebecol, the harms from a massive ingestion of sugar would obscure any benefit. It’s also difficult to establish the distribution of the molecule in the human body when it’s taken orally.

In any case, these discoveries once again highlight the uniqueness of maple syrup and help to strengthen its status as a singular food. Perhaps it contains other equally promising molecules just waiting to be discovered. Let’s bet that this local treasure has not yet revealed all its secrets!

Apples Weren’t Always Big, Juicy and Sweet — Ancient Ones Were Small and Bitter

Are Plant-Based Meats Any Healthier Than the Real Thing?