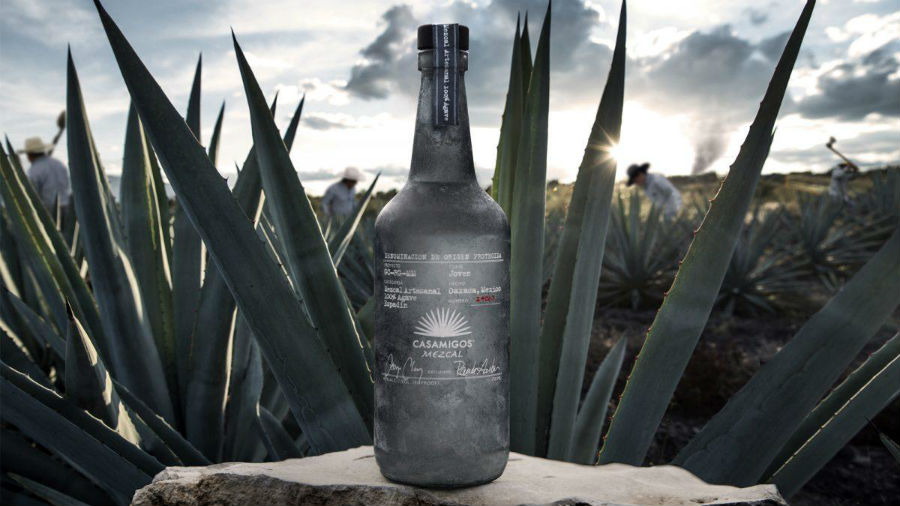 Popping the cork on bubbly will always be welcomed at the midnight count down at a New Year’s Eve party but if you want to keep the party in high—and diverse—spirits, you might want to add a Latin touch to your bar cart.

Mezcal is the popular liquor currently served in some of the trendy and hip restaurants in Mexico City. Even elite establishments like Pujol, a Mexico City eatery, which has the distinction of being on several Best-Restaurants-in-the-World lists, has rediscovered this local rustic spirit. Mezcal is considered the cousin of tequila, since both spirits are made from the Agave plant.

So it’s no surprise Casamigos, the boutique tequila brand, co-founded by George Clooney and his best buddy, nightlife entrepreneur Rande Gerber, has expanded their liquor line-up to include mezcal. Staying true to the artisanal approach they used with making their tequila, the duo are producing their Casamigos Mezcal with a family of traditional mezcal makers in the Oaxaca region of Mexico.

Casamigos Mezcal comes in a dark bottle which looks dusted in white chalk, which gives it an old world mystique. Mezcal’s pedigree dates back some four centuries ago when the Spanish conquerors arrived in Mexico, bringing with them European distillation techniques for spirits. After experimenting with the agave plant, mezcal was born. Some of these centuries old techniques are still used in Oaxaca for making this alcoholic nectar.

Despite their close relationship, mezcal does not share tequila’s bitter fiery burn and can be sipped and savoured. The ultra smooth Casamigos Mezcal can be enjoyed on its own and has a complex flavour, evoking tropical fruits and herbs.

But the rising popularity of mezcal in those trendy Mexico City restaurants are allowing it to be mixed as cocktails.

Just one more reason to add a bottle of Casamigos Mezcal to your bar cart for the new year—or at least until your winter vacation in Mexico.