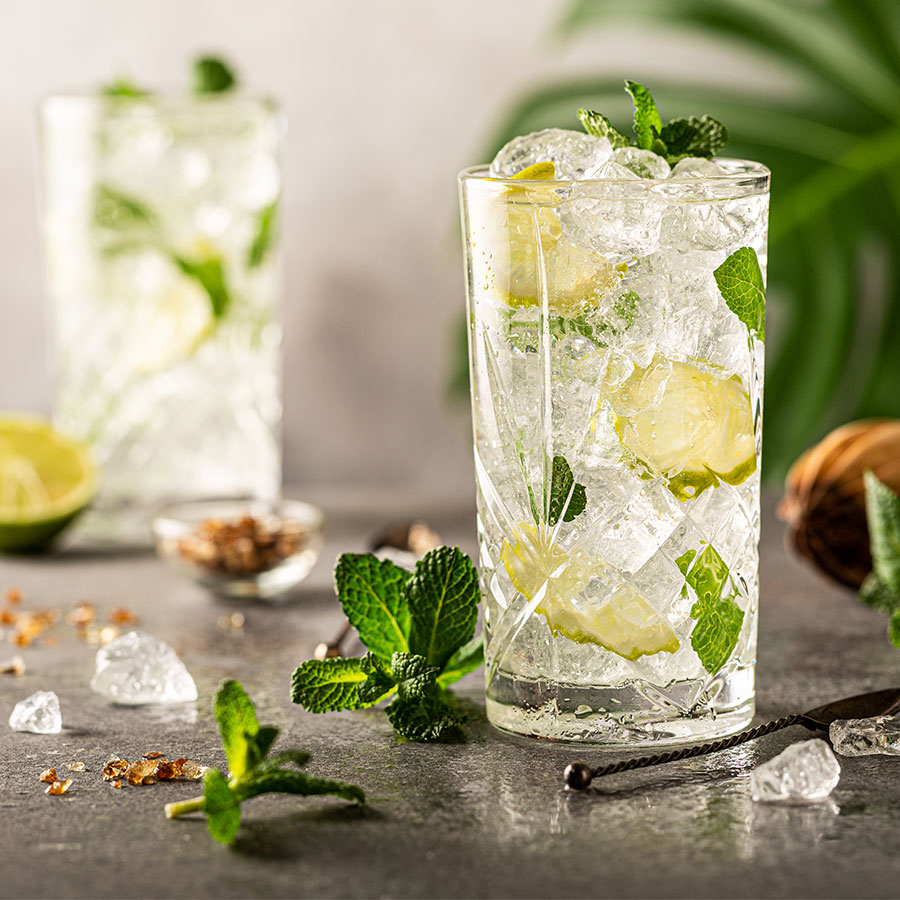 Go vintage with your drink menu this summer with a roundup of refreshing cocktails and drinks from 'Oxford Nightcaps,' which was published in 1832.Photo: Merinka/Getty Images

We all have our favourite summer cold drinks, from fruity British favourites like a cup of thirst-quenching Pimms or a refreshing goblet of Italian Aperol spritz to non-alcoholic favourites such as a tall glass of lemonade or squash.

But this summer, why not try something different? Many drinks have fallen into obscurity over time. Carefully documented in Oxford Nightcaps, which was published in 1827, they deserve their day in the sun. Here are five drinks that hail from around the world to add to your repertoire:

Sweetened lemon juice and water was a cooling sip in 16th-century France. But it was the Paris debut of effervescent limonade, made with naturally sparkling spring water, that saw the drink soar in popularity in the summer of 1630.

The French passion for fizzy lemonade grew so much that in 1676 vendors formed a commercial guild called the Compagnie de Limonadiers. These licensed sellers dispensed their wares from limonadieres, which were ornate dispensers strapped to their backs.

Lemonade really took off though thanks to a little English contribution in the 1700s when artificially carbonated water was invented. Writing in a paper in 1772, the scientist Joseph Priestly described the process as “impregnating water with fixed air”. This research was used to launch the household name we continue to know and love, Schweppes, in 1783.

Today, the limonadieres are all but forgotten and bottled sparkling French lemonade is commercially sold just about everywhere, though nothing can beat the freshness of this classic version. For two servings:

Combine sugar and water in a small saucepan. Stir over medium heat until the sugar is dissolved. Add the lemon peels and bring to a boil. Reduce the heat and simmer uncovered for five minutes. Let the syrup cool and stir in the lemon juice. Remove the lemon peels. Pour into a small pitcher and add sparkling water. Serve.

Switchel debatably originated in the Caribbean, but New England also holds credit as the source where it refreshed 17th-century New England colonists. Also known as haymaker’s punch, the drink hydrated fieldworkers toiling under the searing sun during the hay harvest.

Punched up with a healthy shot of Jamaican rum, it also braced Washington’s senators and congressmen during heated sessions in Congress during the 1800s. If molasses is not to your taste, try making this recipe with local honey. For eight servings:

Blend all ingredients in a large pot. Decant into pitchers and serve in mason jars.

In the days of the Raj, colonists encountered Nimbu Pani, lemonade’s bright cousin. The surprising twist is kala namak, which is a black salt. Ice came at a premium, even in the elite colonial clubs in Bengal, Madras (now Chennai) and Bombay (now Mumbai). But it’s surprising how the salt chills the palate as well as the water, cooling the drink down to the last sip.

Nimbu Pani is still a popular thirst quencher in India and can still be found on street corners around the country. For two servings:

Place lemon juice, sugar, water and salts into a small jug and stir until sugar and salts are dissolved. Pour into tumblers. Garnish with fresh mint leaves and add two or three cubes of ice, if desired.

Optional: For a spicy kick, add ½ tsp of chaat masala.

Although the original included a hydrosol (a non-alcoholic distillate) of fresh mint, the whiskey infusion, and a bouquet of fresh mint sprigs in a julep cup (a metal tumbler) will more than make up for this extra step. For one serving:

Saffron syrup: Bring 150 ml of water to a boil in a small saucepan. (Optional: you can use dry sherry in place of the water here.) Add 125 gr caster sugar. Stir to dissolve. Remove from heat, add 10 threads of saffron to the mixture and cool. Let the saffron rest in the syrup for a few days and strain. This syrup will last about two weeks if kept refrigerated.

To serve: Fill a julep cup halfway with crushed ice. Pour in the whiskey and syrup. Using a long bar spoon, lift the ice and its contents to blend. Then add more crushed ice to fill. Add a bouquet of fresh mint and a pair of short straws to serve.

Lexicographer Francisco Sobrino defined ponche or diapente, in 1732, as an English drink made with aguardiente, water, lime, and sugar. Sound familiar?

Ponche predated grog, the drink ordered by Admiral Edward “Old Grog” Vernon to replace the daily beer ration, which spoiled too quickly during long voyages and was too heavy to transport. (The daily rum ration was abolished in 1970 after concerns that drinking alcohol would lead to unsteady hands).

But when the Royal Navy captured and held the port of Havana in 1762, the fleet introduced the locals to this drink which they adapted into the canchánchara, a honeyed ponche, and later, the now famous Daiquirí Frappé. For one serving:

Stir ingredients together in a mixing glass to dissolve the sugar. Strain into a tall glass. Add a couple of cubes of ice, if desired.

Viva Mexico: 5 Recipes to Bring Home a Taste of the Yucatan

That Naramata Magic: A Guide to This Laid-Back Okanagan Valley Town and Wine Region, Plus Recipes

Drink & Dine: Wine and Food Pairings for Your Summer Barbecue