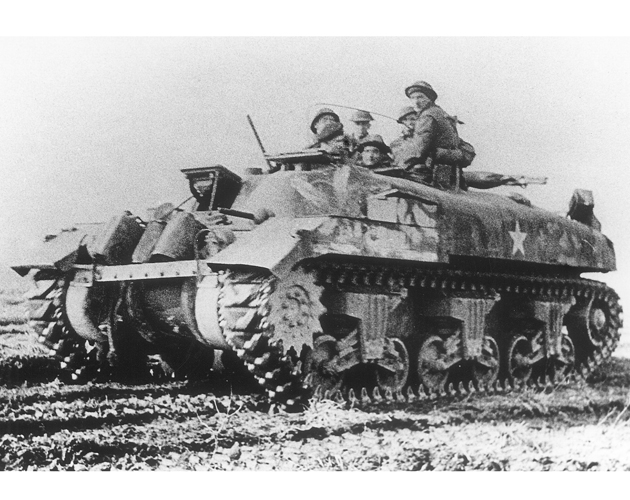 Long-overlooked contributors to Canada’s Second World War efforts are finally getting the recognition they deserve. At a banquet held in St. Thomas, Ont., in September, surviving members of the 1st Canadian Armoured Personel Carrier Regiment (dubbed the Kangaroos) were feted for their wartime valour and sacrifice.

Set up in 1944, the Kangaroos’ job was as important as it was dangerous. At the time, Allied troops landing in France were suffering staggering casualties, unable to transport troops to the start line of a battle past landmines, mortars and small arms fire. To stop the bleeding, Allied army workshops started building armoured transport vehicles, capable of carrying two Kangaroo troops – a driver and a gunner – and up to a dozen infantrymen safely to the front lines. Its crews – drivers, mechanics, engineers, signal corpsmen and gunners – came from reinforcement Canadian battalions. “The Kangaroos’ job was to lift a regiment safely to the battle position and then bring out the wounded,” says Trooper John Munro, who served as a gunner and radio operator. Munro quickly learned the value of armoured vehicles. “I remember German paratroopers were dumped on our position. We managed to fight them off with troops inside our Kangaroo.”

The Kangaroos carried and supported more than 50 different battalions of infantry and accumulated 14 battle honours. When the war in Europe ended in 1945, the vehicles were scrapped and their members were returned to their mother regiments. What’s worse, as far as the military and historians were concerned, the Kangaroos never existed. That all changed when the Elgin Regiment of southwestern Ontario decided to reunite and recognize surviving Kangaroo veterans – nine of an original 770 men – for their wartime contributions. Civilians jammed the local armoury to welcome the vets. The Kangaroos’ freshly embroidered guidon (displaying its 14 battle honours) was christened and then sealed away. And at the evening banquet, the town and the army finally celebrated the remaining vets for their service.