A Look Back: Peter Mansbridge Reporting on the Royal Wedding in 1981 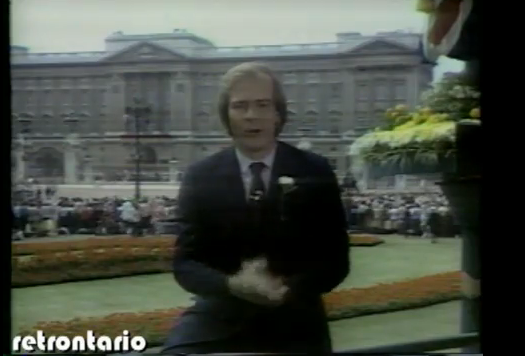 Veteran CBC reporter Peter Mansbridge recently celebrated 25 years at The National. Mansbridge’s career took a turn in 1961 when he was recruited by CBC Radio Manager, Harold Brown. Brown heard his voice making a flight announcement for Transair where Mansbridge held a job as a bag handler at the Churchill airport. He then moved onto CBC Radio’s northern service in Churchill. In 1971 he shifted to Winnipeg to continue working in radio. A year later, he began as a reporter for CBC television. And the rest, as they say, is history. Watch as he reports on the Royal wedding of Prince Charles and Lady Diana in London in 1981.