The Isles of Greece: Delos and Mykonos, Islands of the Cyclades 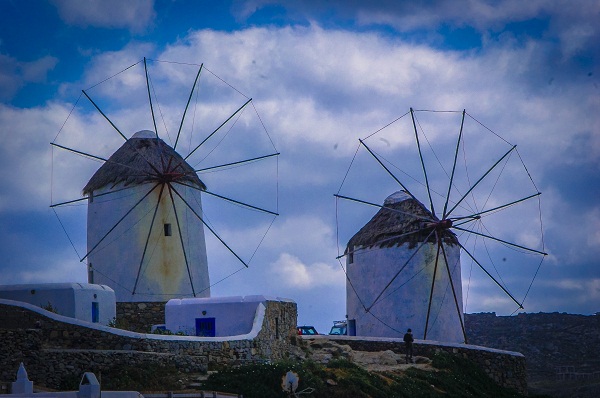 Today we visit Delos and Mykonos, islands of the Cyclades. Delos is basically an archaeological site with no residents except archaeologists. The reputed birthplace of Apollo and Artemis, sacred Delos was settled in the third millennium by the Phoenicians. It’s a beautiful sunny day and brilliant red poppies sprout from cracks along the Avenue of the Lions. The antiquity and majesty of this windswept island is humbling. Mykonos is a worldlier island with its whitewashed homes and classic blue trim. The streets are a delightful maze to wander as we enjoy the shops on our way to see the windmills, used for the refinement of grain in the 16th century.