Marlon Brando, A Rebel Without a Cause 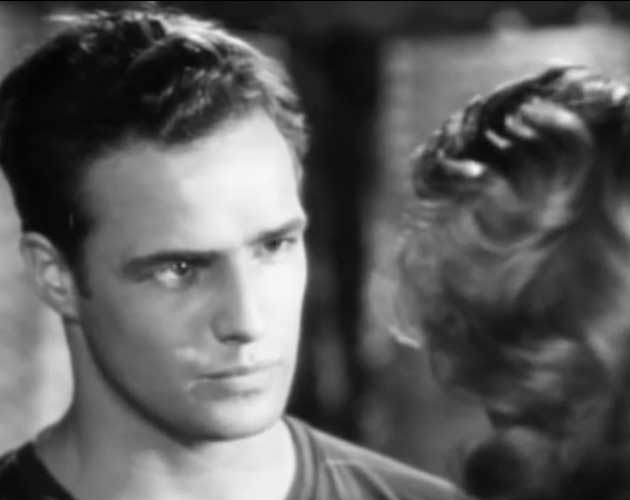 The 1955 classic, Rebel Without a Cause, was the picture that served as James Dean’s entry card into legend status. The movie, about a suburban teen delinquent’s antics and disenchantment, cemented the image of Dean in our minds–leather jacket, rolled jeans, cigarette dangling from pretty boy lips. The movie is to Dean, as Dean is to the movie—iconic.

But years earlier, the studio had another rebel in mind. After acquiring the rights to the title (gleaned from psychiatrist Robert M. Lindner’s 1944 book, Rebel Without a Cause: The Hypnoanalysis of a Criminal Psychopath), they went to work piecing together a partial script. They then brought a 20-year-old Marlon Brando in to audition for a character named Harold–not the Jim Stark we know from the final flick, but a rebellious teen as well.

Below is the screen test from that audition. Stick through it to see Brando out of character answering the casting director’s questions (he’s just another young hopefully trying to get a gig). Four years after the screen test, Brando landed his breakout role as Stanley Kowalski in A Streetcar Named Desire.