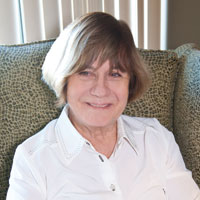 Penny of Orillia has a three-year-old grandson who lives in Toronto, a two-hour drive away. That’s challenge enough in getting grandparent time, but her only other grandchild lives in Switzerland. How does she feel about being a long-distance Nana? “It sucks,” she says emphatically. When her grand-daughter was born in Lausanne, she didn’t see her until the baby was ten weeks old. The upside for Penny though was ” she smiled the first time I saw her,” she says.

Peter and Dorothy live in Winnipeg, but their first and only grandchild lives in Ottawa. Times spent together are special, but they have to be carefully planned, because the parents of their daughter-in-law live in Winnipeg too, so “when the kids come home in the summer, they work hard to balance the time they spend with both sets of grandparents,” Dorothy explains. “Last year, they rented a cottage and we spent a week with them; the other grandparents spent the other week. He’s their first grand-baby too.”

Christmas brings the biggest challenge for family get-togethers, especially when travel rates are high. Instead of celebrating the season in Winnipeg, Peter and Dorothy, their kids and grandson, along with the other grandparents met in Mexico and spent a January week together.
For Penny, last Christmas was a rare treat, with both her daughters and their families with her for the first time in five years. “It was huge,” she says. “Both my daughters and their husbands have divorced parents, so they spread themselves among all of us for holiday gatherings. Having them with me for December 25th was really special.”

There’s no doubt our lives and relationships with our grandchildren have more global challenges than in previous generations. So if we want to play a meaningful role in providing a sense of family and continuity, we have to be creative— and patient.

In between those rare and special visits, grandparents have lots of communications options. Peter’s son uses Skype to let his parents see the baby. ” It’s not a true picture, but it’s better than nothing,” Peter says. Penny’s daughter uses Facebook to keep her mom up-to-date on the baby’s growth and changing personality.

With older grandchildren, there are other ways to interact. Long-distance phone carriers have good plans that are affordable. And of course, there is email, texting and Facebook to share chatting time. Believe it or not, kids love to get snail mail and lots of long-distance grandparents share stories, poems, quizzes, videos and photos by mail to nurture that special bond. Kids love to come home from school and find a letter from Grandpa.

Most grandparents agree that the main challenge of long-distance grandparenting is being imaginative beyond the usual phone call to ask ” how was school today?” Beth of Edmonton shares cooking lessons with her grand-daughter on Skype. Frank of Montreal plays online chess with his grandson. The reward from sharing an activity is a bond that lasts a lifetime.

Still, Penny misses the physical contact and those Sunday dinners that were traditional family get-togethers when her daughters lived closer. Her favourite wish? “Being Oprah for a day so I could fly to Switzerland for Sunday dinner.”